My Asiatic Lilies are blooming. Mostly bright orange, some yellow, and a couple of magenta. These are the descendants of a naturalizing lily mix I bought from White Flower Farm about eight years ago. 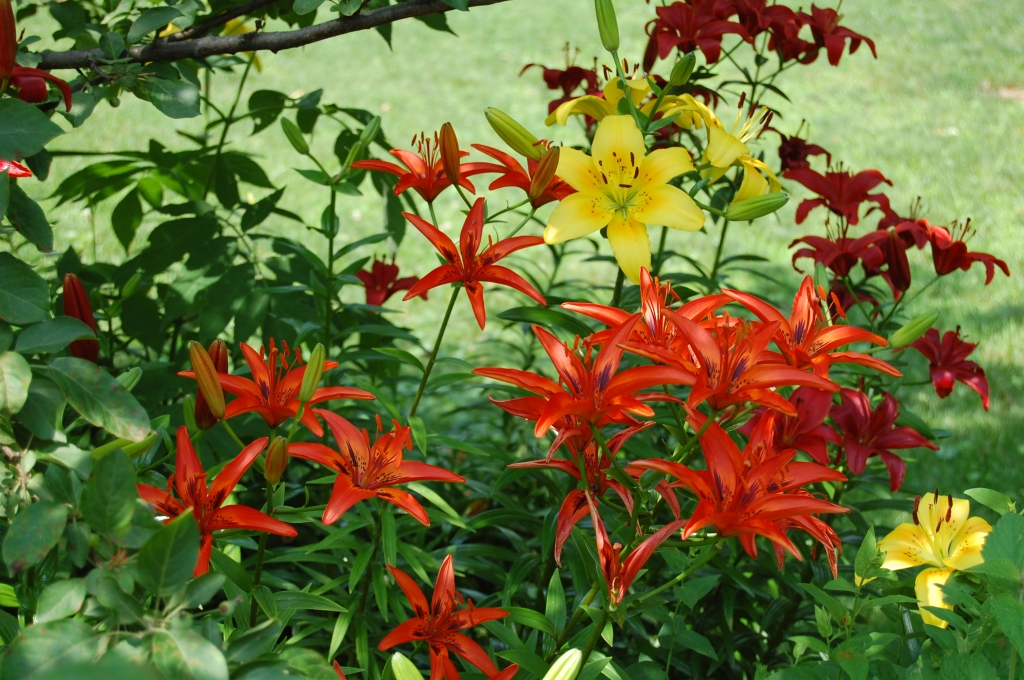 The hybrid and variety names are long forgotten.

I like these lilies. The exciting colors grab my attention. Plus orange is one of my favorites. Their height gives them a certain dignity. 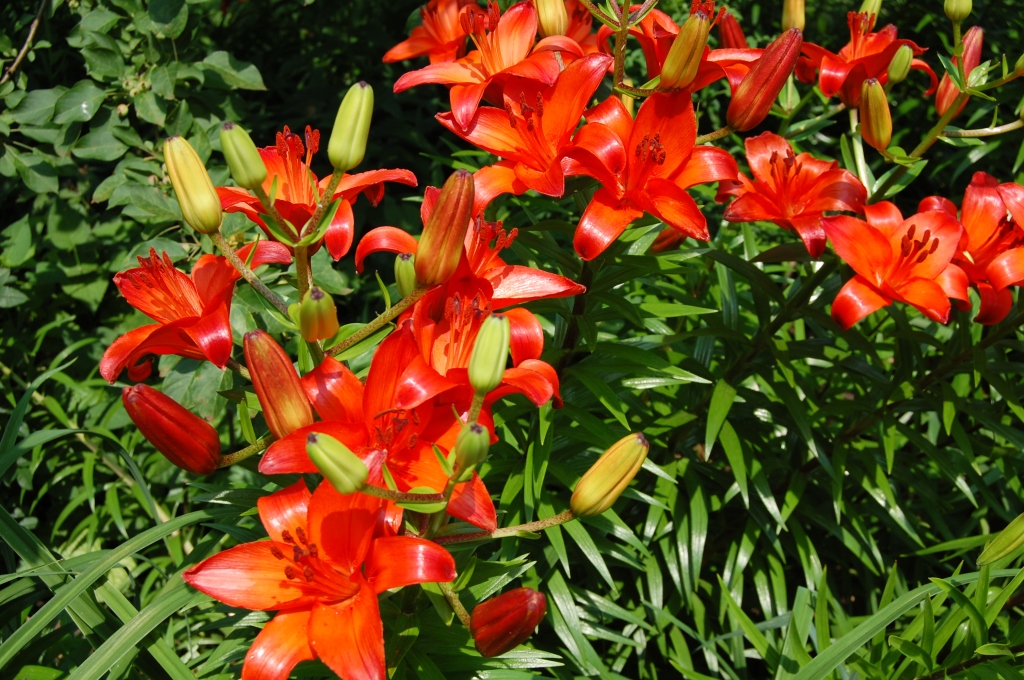 You don’t need to be told why this is dumb, right? Of course you don’t, but I’ll do it anyway. The biggest reason is that the lilies make it much harder to access the tree for pruning, etc. Lilies are unforgiving if you step on them before they bloom.

Also, it makes the ground under the tree a sort of wasted space, at least for part of the year. Finally, the tops of the lilies tend to get mixed up with the branches of the crab.

Why did I do it? Clearly I was suffering from ADHD (Absolutely Demented Horticultural Design) syndrome, but that condition is now controlled with medication.

I would move these lilies, but a) I don’t think I have available space , and b) as a general policy Judy doesn’t like it when I move things, and this is not the sort of thing I can move without her noticing.

Have you ever been unable to fix your mistake after planting something in a laughably inappropriate spot?

← The Wave Garden In Richmond Point
A Sweet Garden →