These are the days of the blooming Susans, members of the genus Rudbeckia. There’s the Black Eyed Susan generally grown as an annual or biennial (Rudbeckia hirta). Then there’s another Black Eyed Susan, a perennial that also goes by the common name Orange Coneflower (R. fulgida) and which has produced the ever popular variety ‘Goldsturm’.

All the Susans have daisy-like flowers with black centers and “petals” that are generally god/orange/yellow (R. hirta has a greater variety of colors). The centers are actually made up of tiny, tightly packed disc flowers, while each one of the petals is a sterile ray flower.

My favorite Susan, however, is Brown Eyed Susan (R. triloba). This Susan is taller (usually 4-5′) and sometimes benefits from cutting back around late May to keep it more compact. What’s striking about Brown Eyed Susan are the flowers, which are smaller with oval petals. However, they are produced in far greater profusion than those of the other Susans, creating a cloud-like effect.

She is also a long-blooming plant, generally starting for me in August and lasting into October.

But the other thing about Brown Eyed Susan is that it seems to grow almost anywhere. It does well in sun or shade, in moist soil or dry (though much shorter in dry). One year I had a self-sown R. triloba that grew and bloomed enthusiastically at the base of a large Siberian Elm (Ulmus pumila).

This Susan tends not to be long-lived, but she self-sows, as they say, freely. This doesn’t really create a problem, as the seedlings are easy to pull or transplant.

In addition to pleasing people, this Susan (like the others) will attract butterflies and goldfinches. She is native to a wide swath of the eastern and central USA. 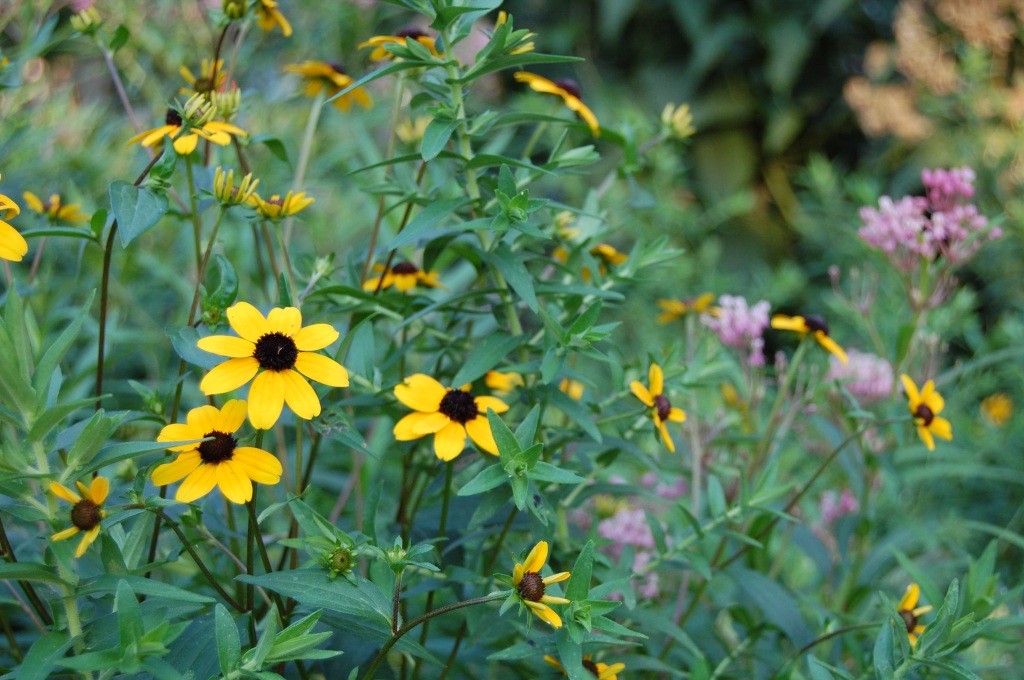 What is your favorite Susan?

45 Comments on “My Favorite Susan”