Following up on the last post, here’s a run down of the blooms in the rest of the garden: the Left Bank (the smaller part of the front garden that lies west of the driveway) and the shady back garden. 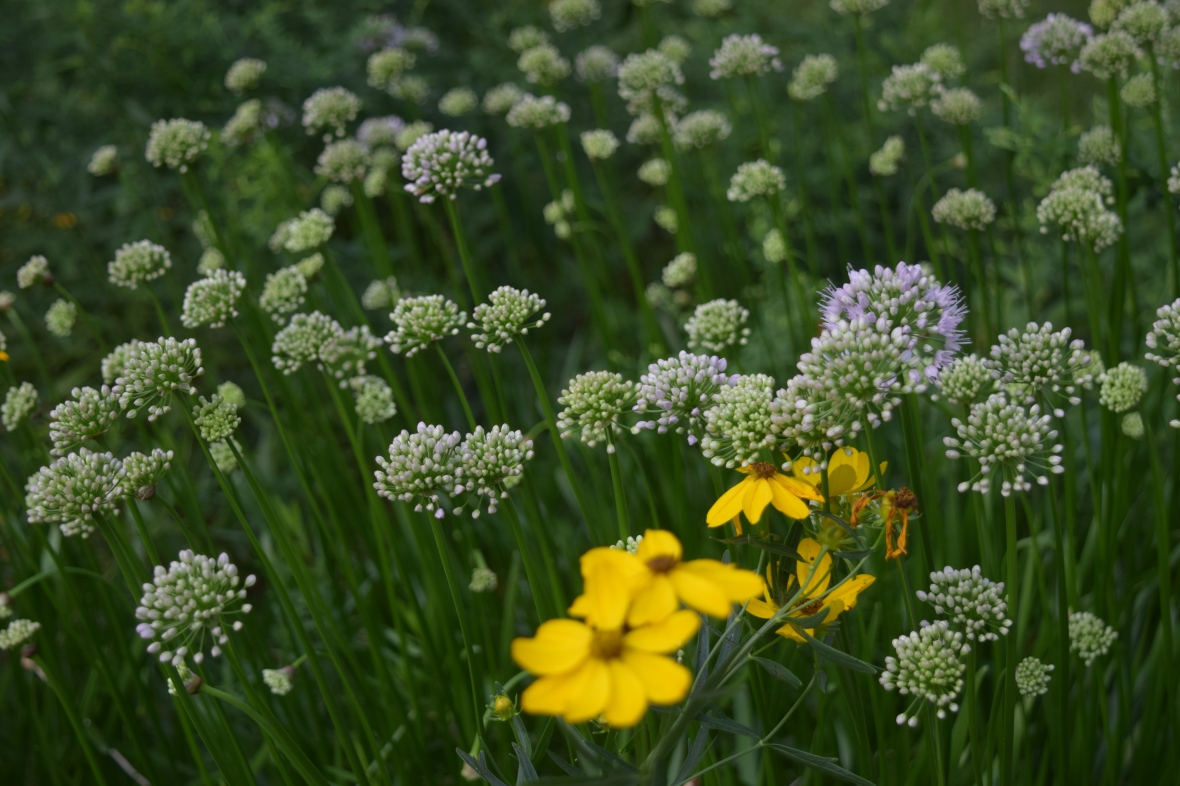 In the Left Bank, the ‘Summer Beauty’ Allium (A. tanguticum) is on the brink of blooming. In an example of serendipity, there’s some Lanceleaf Coreopsis (Coreopsis lanceolata) mixed in among the Allium. 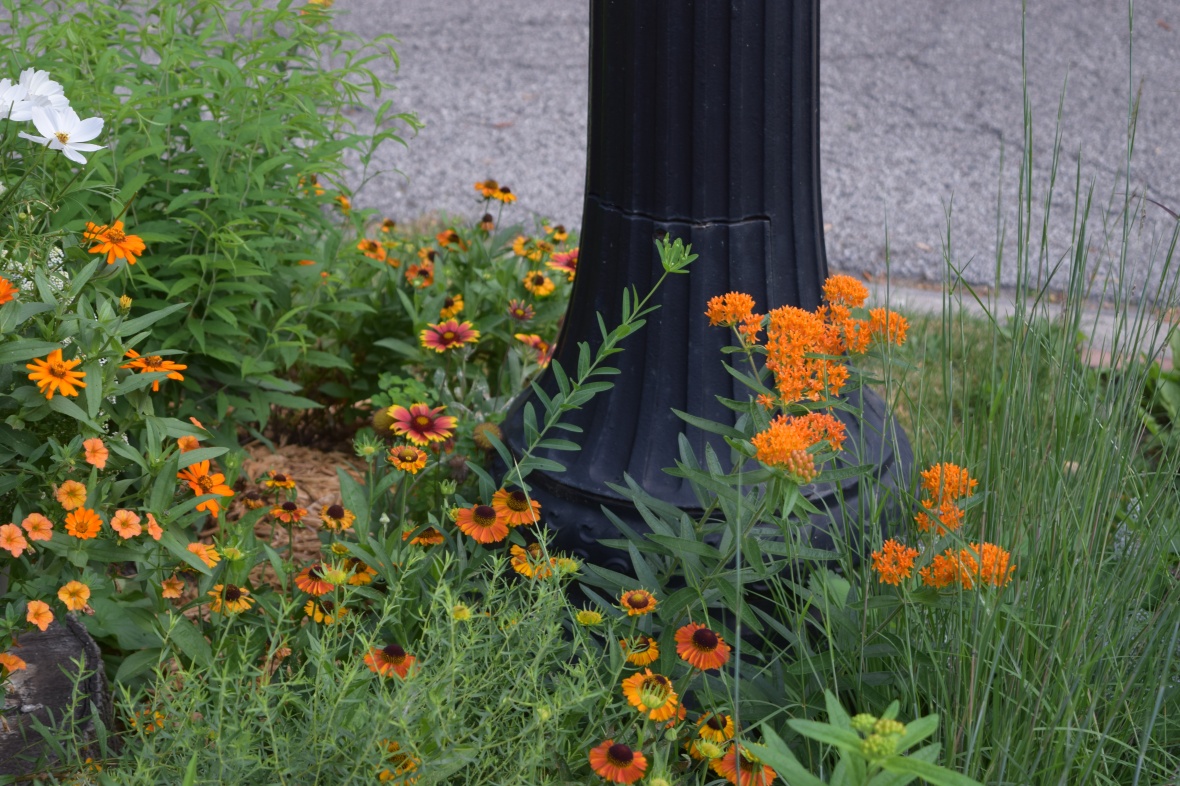 The Lamppost Bed on the parkway has lots of orange flowers: Helenium ‘Short’n’Sassy’, Butterflyweed (Asclepias tuberosum), as well as the Million Bells (Calibrachoa) and ‘Profusion’Zinnias in the container at the Left. And even though I thought all the ‘Arizona Sun’ Blanket Flower (Gaillardia aristata) had perished over the winter, there’s at least one plant that came back with its red and yellow blooms. 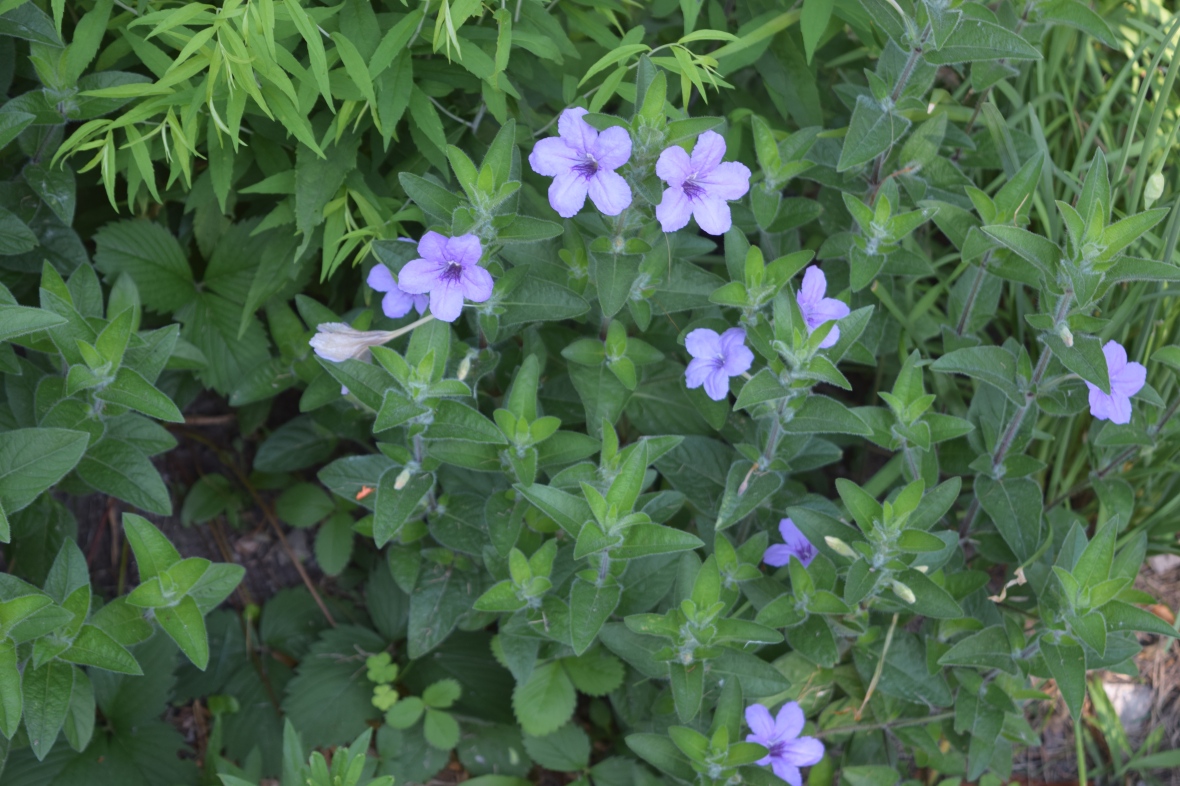 It’s not all hot colors, however, in this part of the garden. Wild Petunia (Ruellias humilis) has begun blooming with its lavender blue flowers. 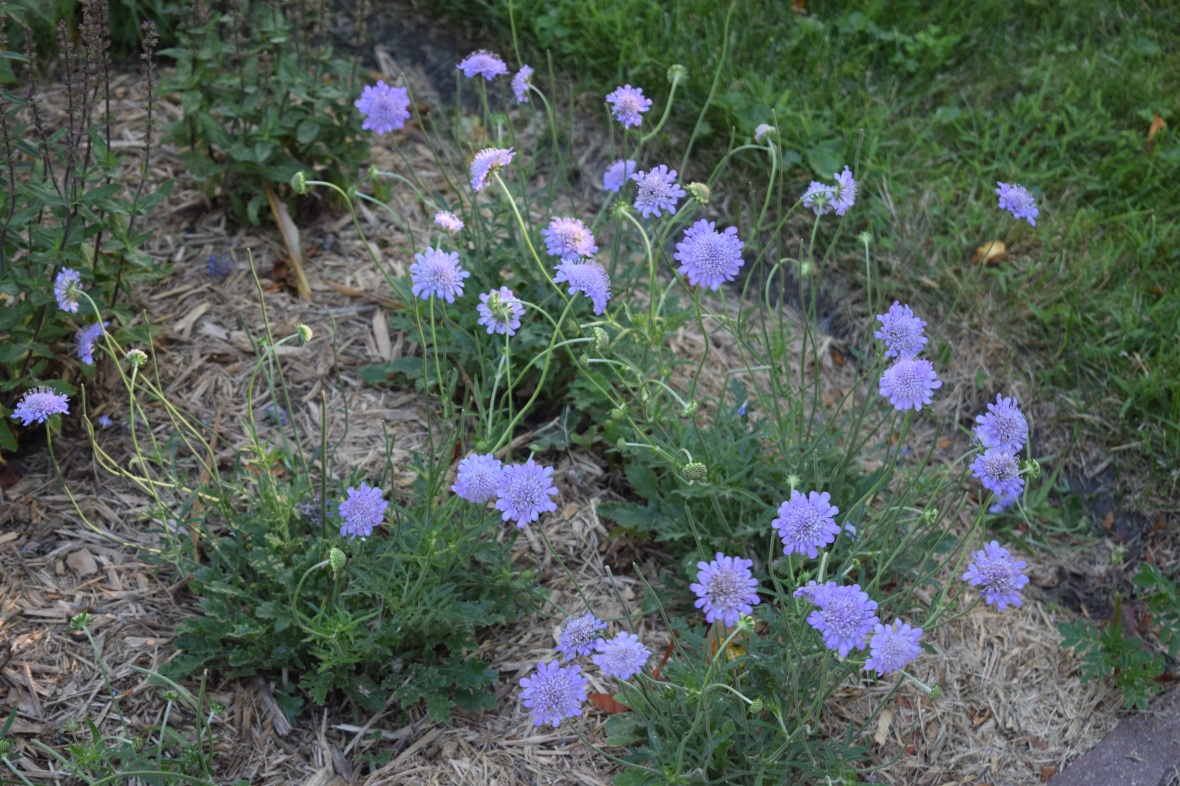 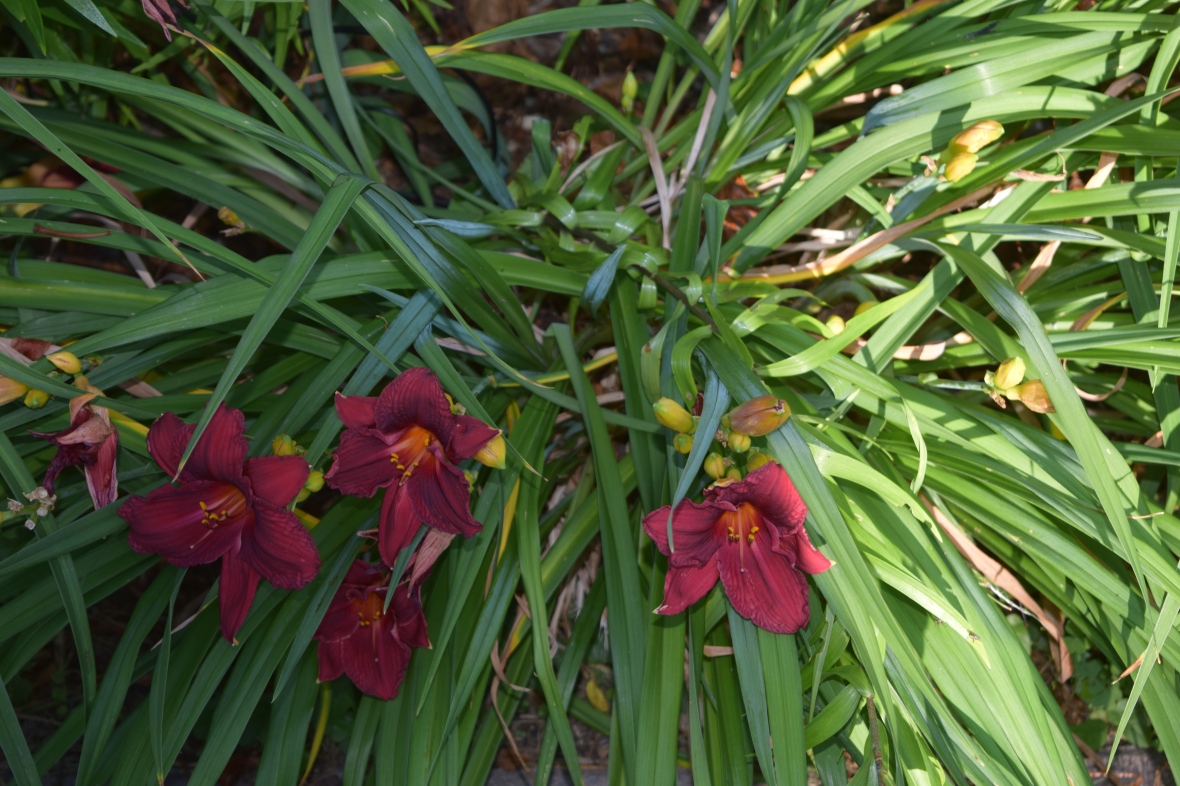 There are a few ‘Chicago Apache’ Daylilies (Hemerocallis). 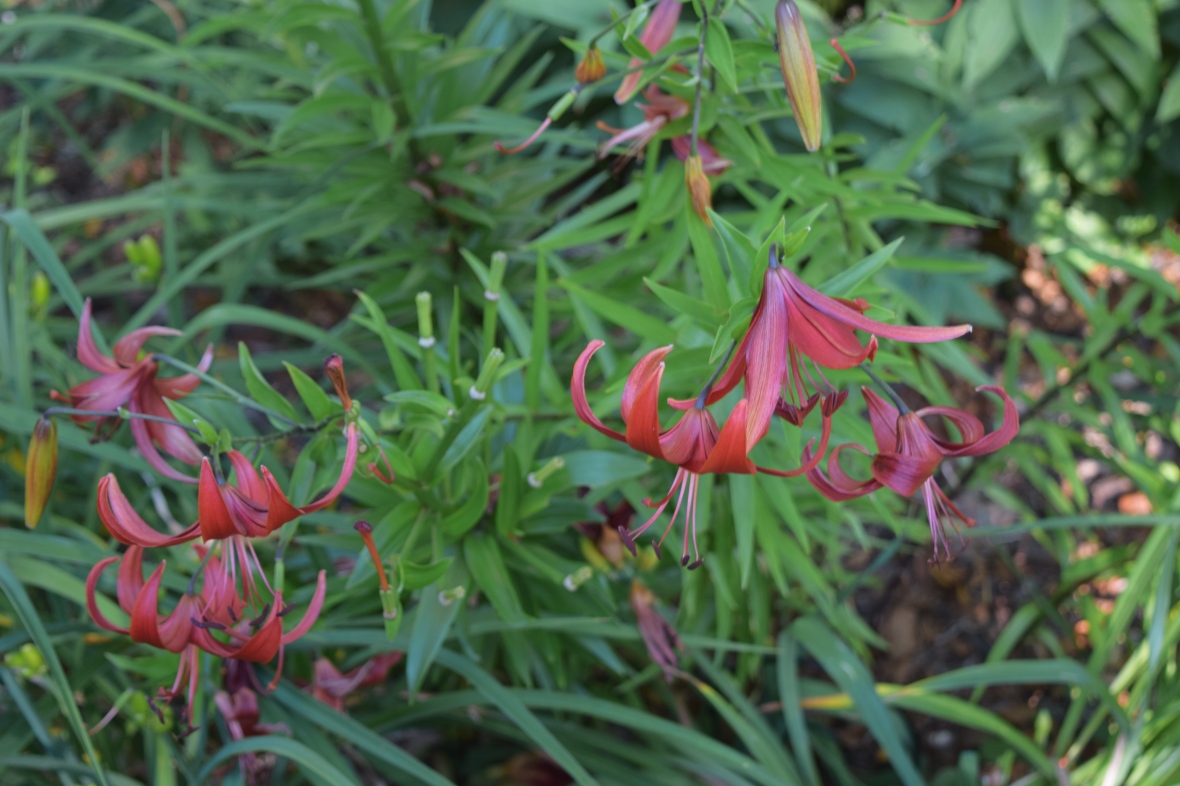 And the last of the Asiatic Lilies. 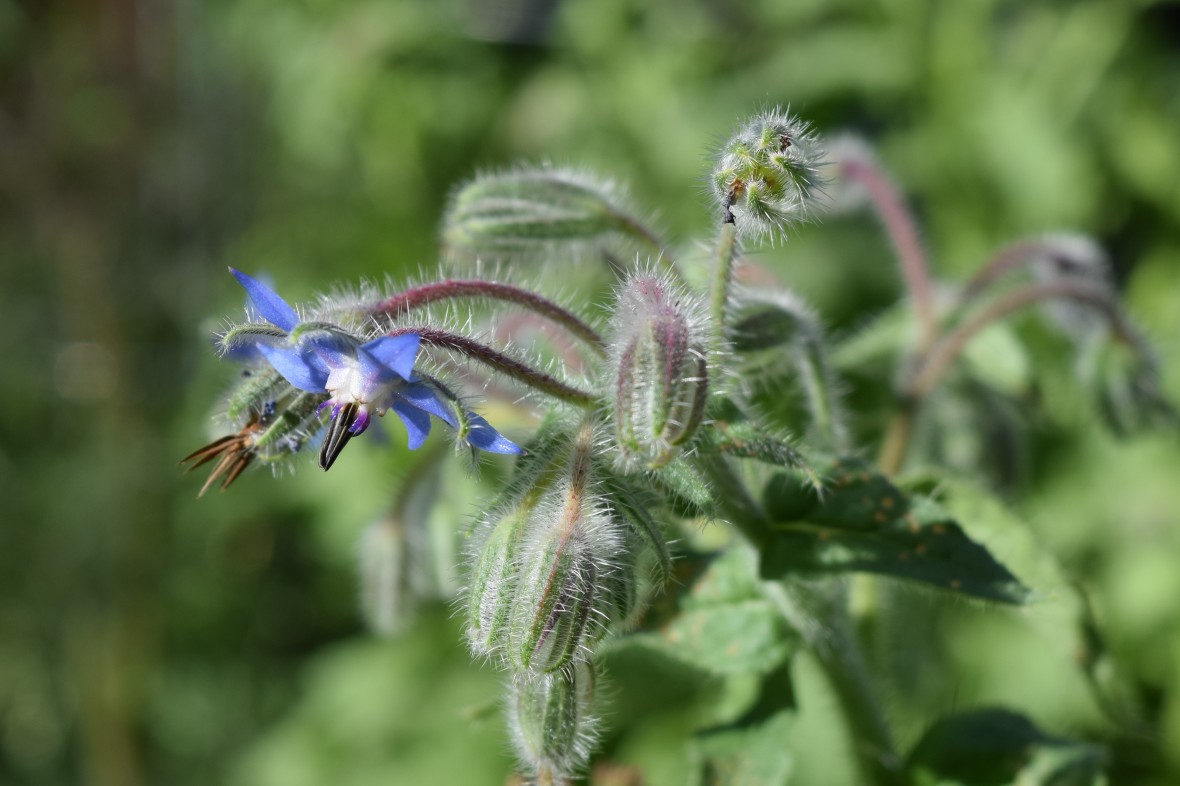 There is Borage (Borago officinalis) blooming in the Herb Bed. 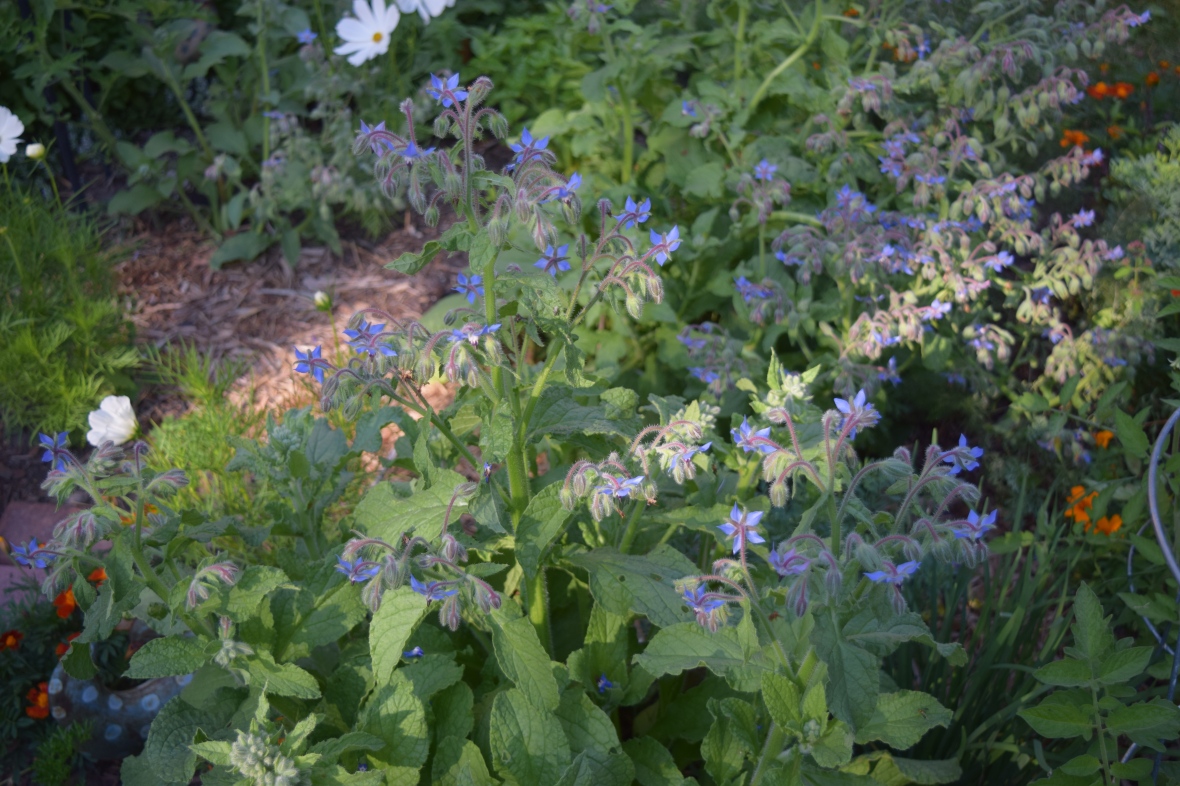 Still love the blue flowers, but becoming less infatuated with this plant’s habit of springing up everywhere and then falling over. 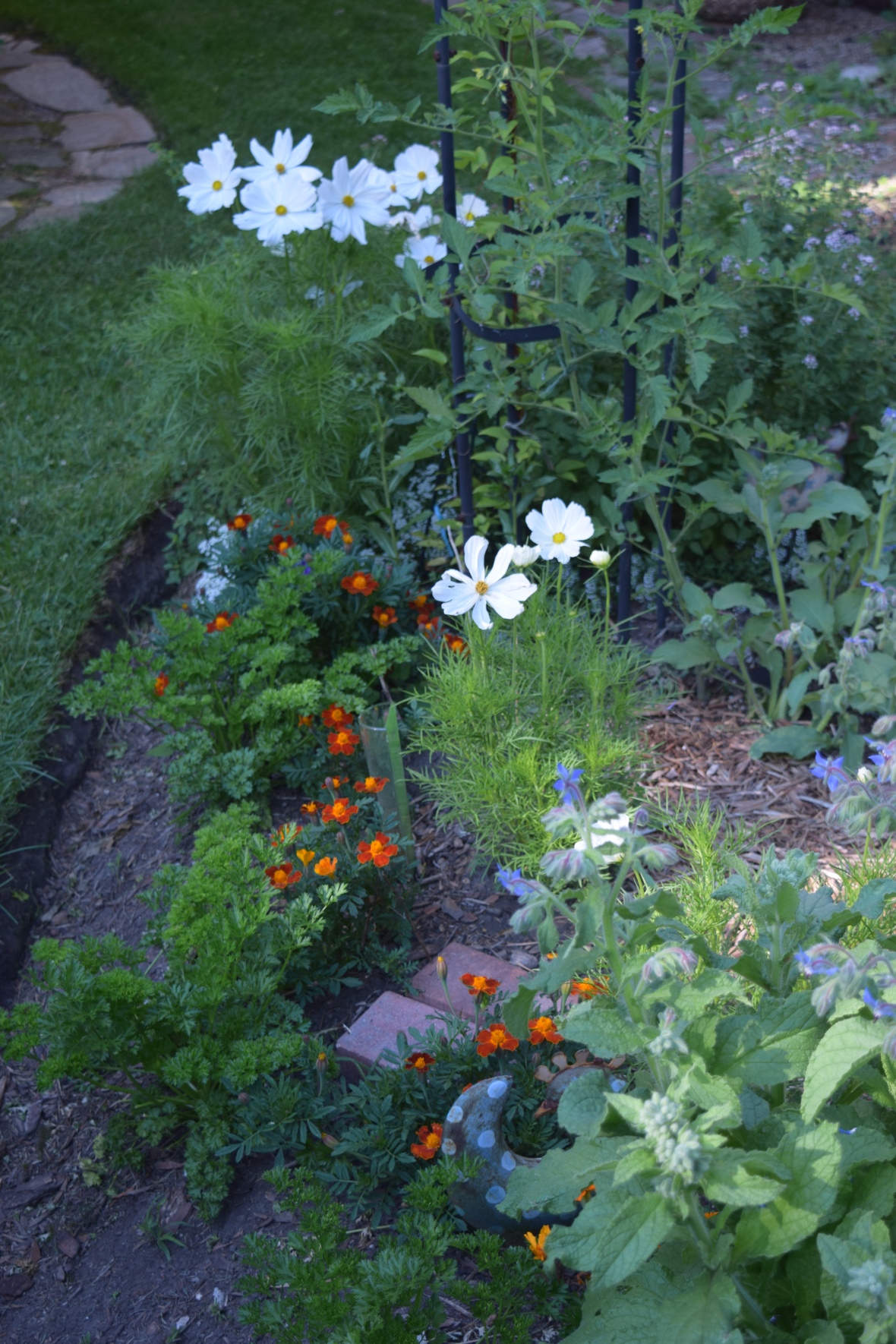 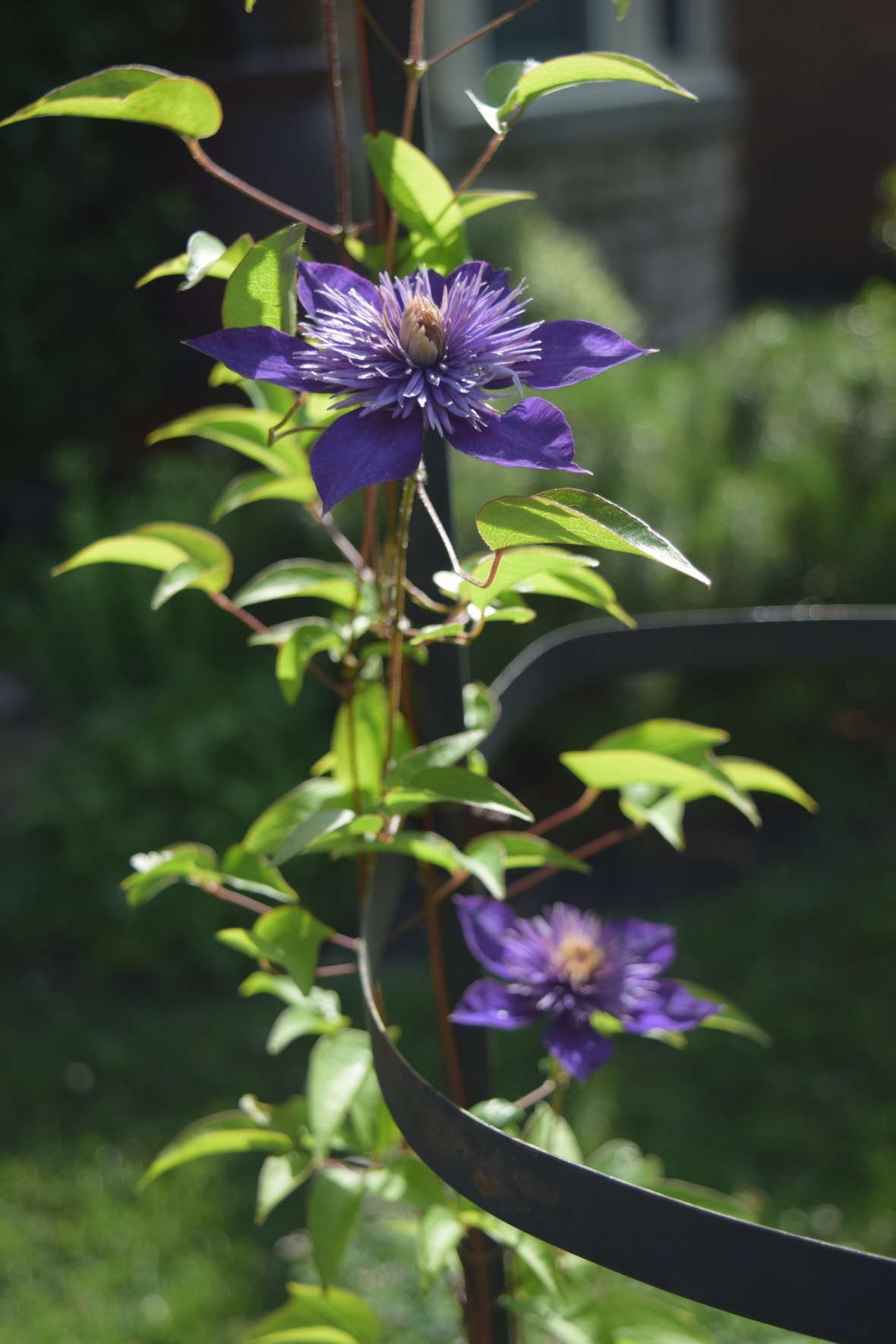 There are also the first blooms of ‘Multi-Blue’ Clematis, which was planted just this spring. 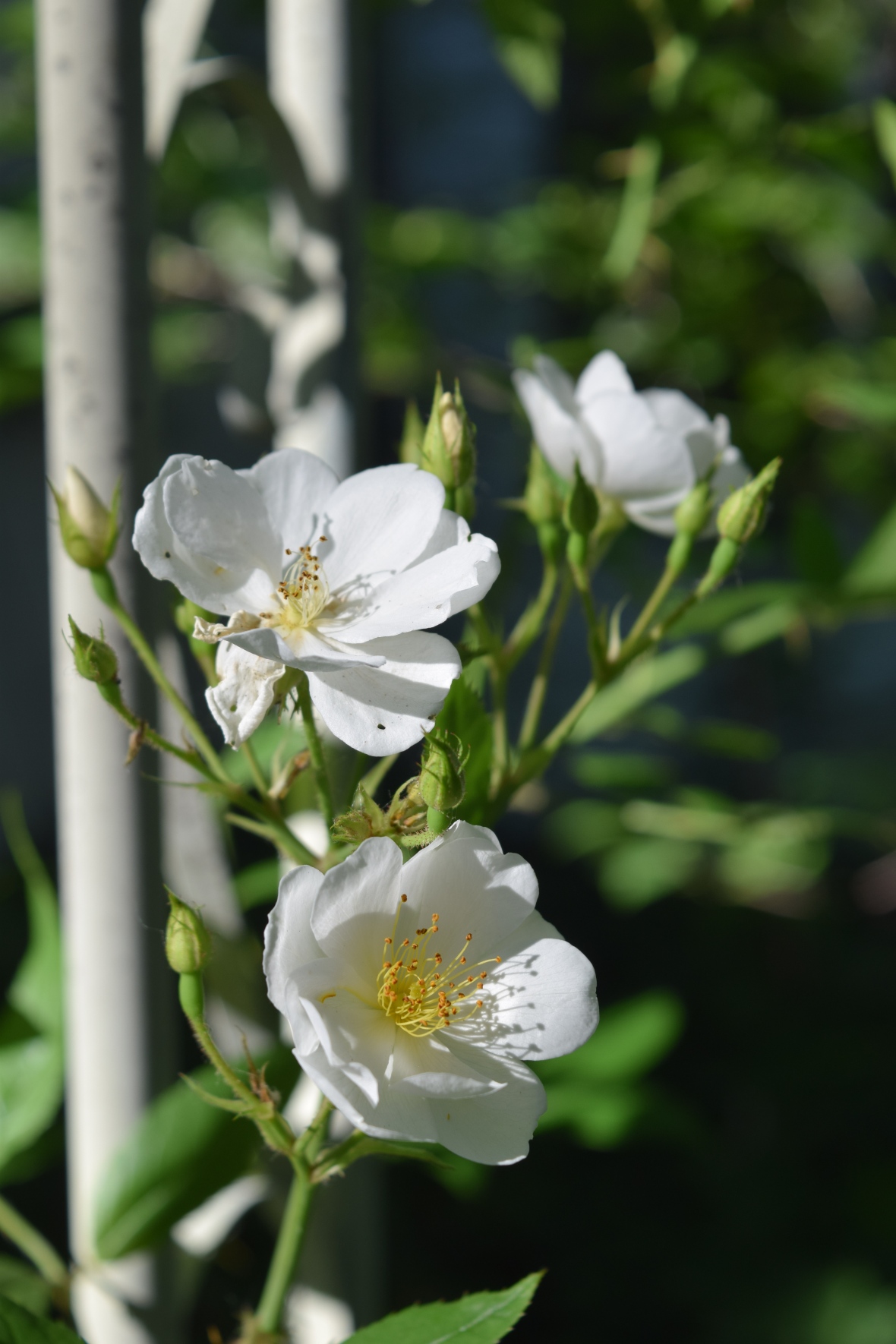 ‘Darlow’s Enigma’ roses are blooming on the arbor leading into the back garden. They seem especially fragrant this year, though the quantity of blooms is unimpressive. 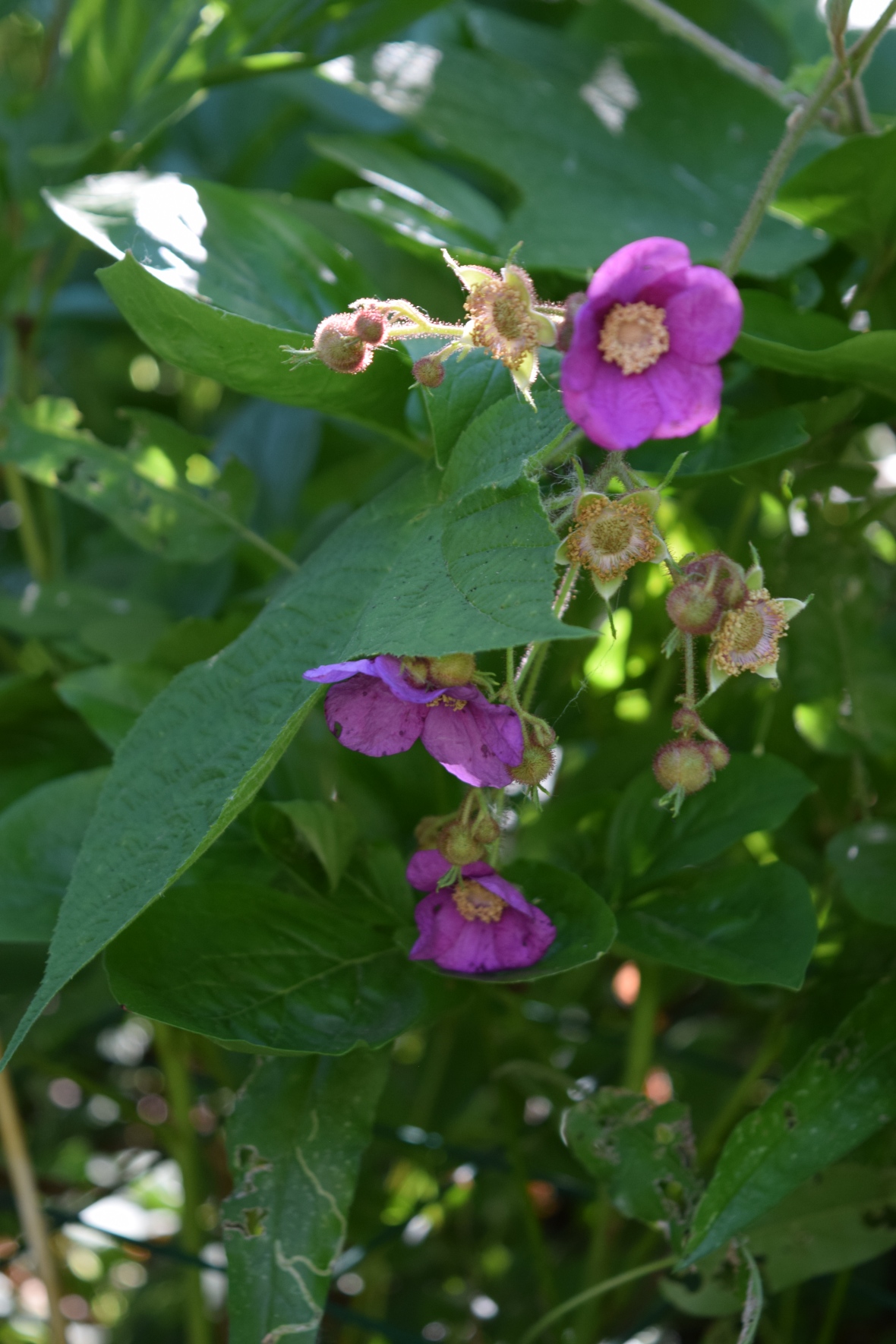 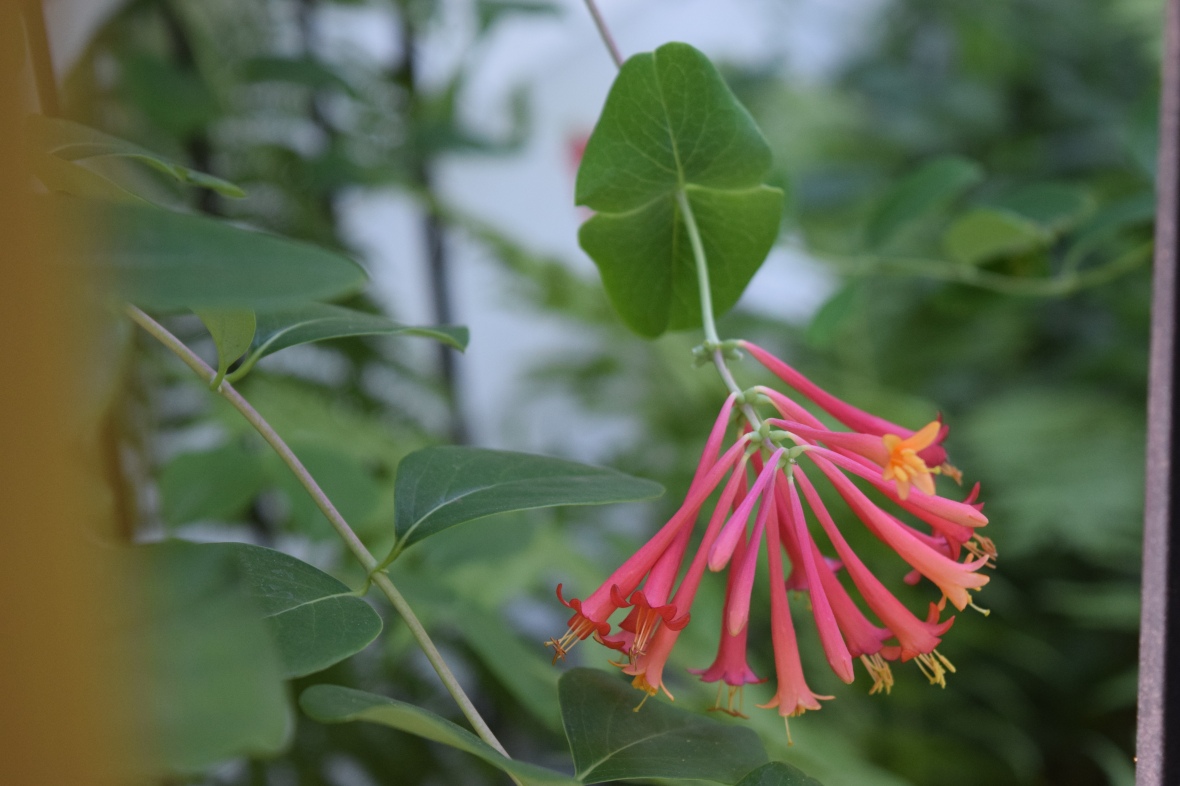 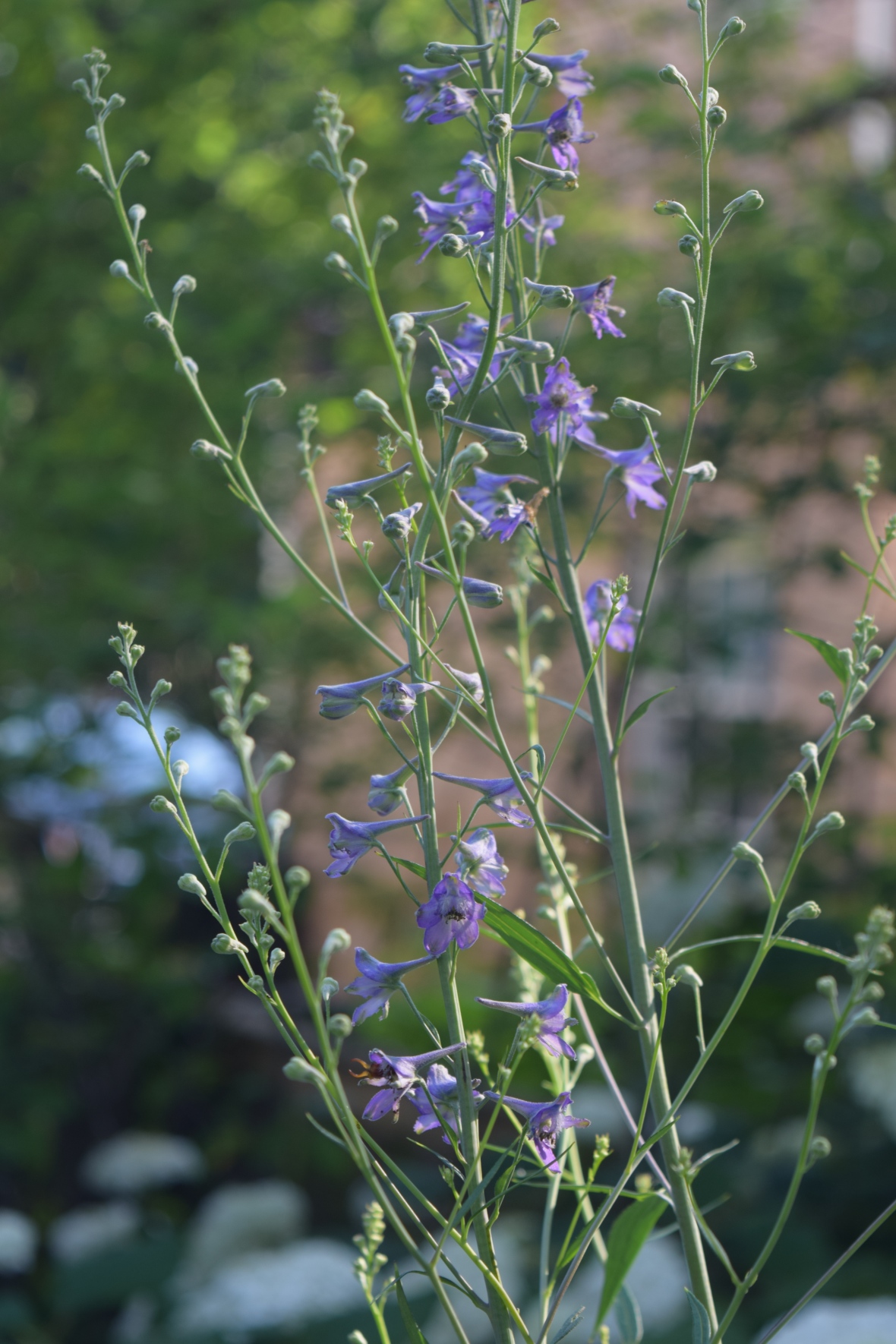 The native widlflower Tall Larkspur (Delphinium exaltatum) is blooming now. It certainly is tall, but I’m feeling a little underwhelmed by the flowers. 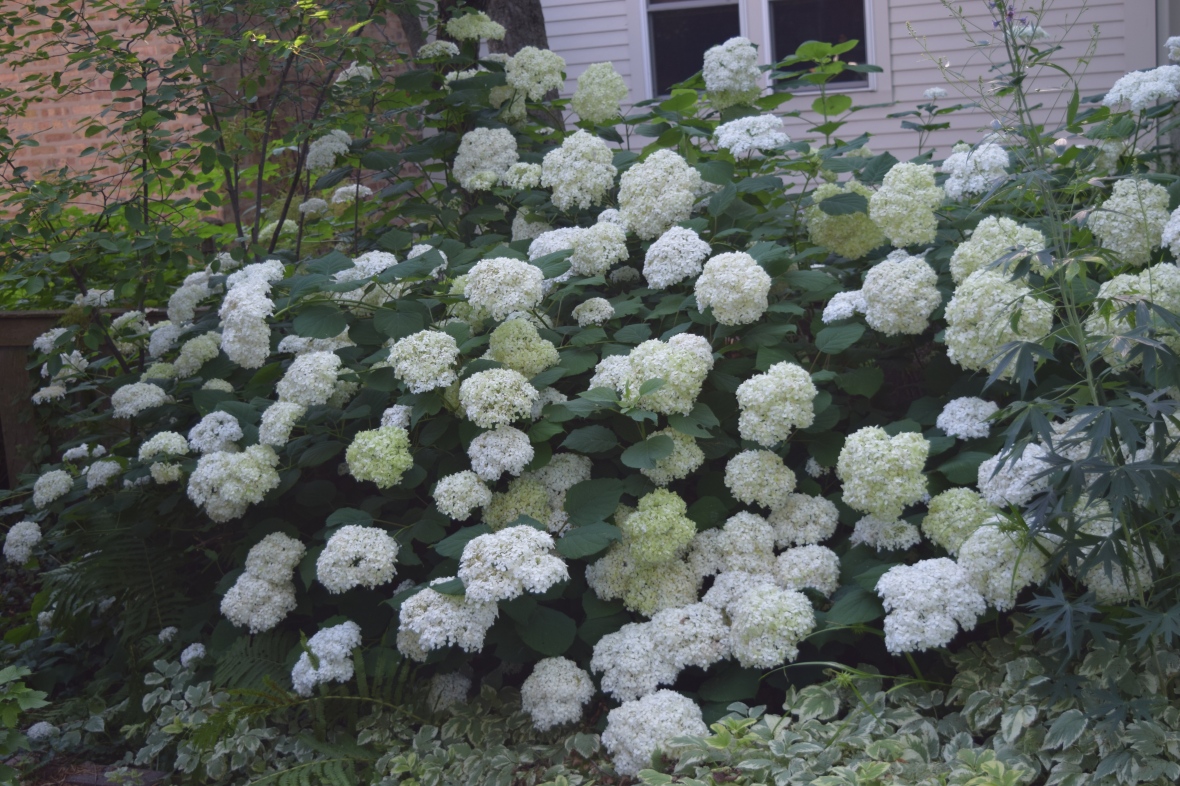 On the other hand, I can’t complain about the quantity or size of the flowers put out by the ‘Annabelle’ Hydrangea (H. arborescens). This is a naturally occurring cultivar discovered in southern Illinois.

Well, that’s it for the mid-July blooms report. I hope you’re all having an enjoyable summer.

← Blooms of Mid-July, Part 1
Highlights of the Minneapolis Fling →