August brings not just the Susans, but also Joe – as in Joe Pye Weed (Eutrochium). Note that Joe Pye Weeds used to be Eupatoriums, but now thanks to the ever-busy taxonomists they are Eutrochiums. This is arguably an improvement since Eutrochium is one syllable shorter. (I’ve written my Senator demanding passage of a bill barring taxonomists from introducing new genus names with more syllables than the old ones. I should hear back any day now, though I can’t imagine what’s taking so long.)

Of course, Eutrochium has that belligerent hard C, while Eupatorium has a gentler sound to it. So I don’t know. 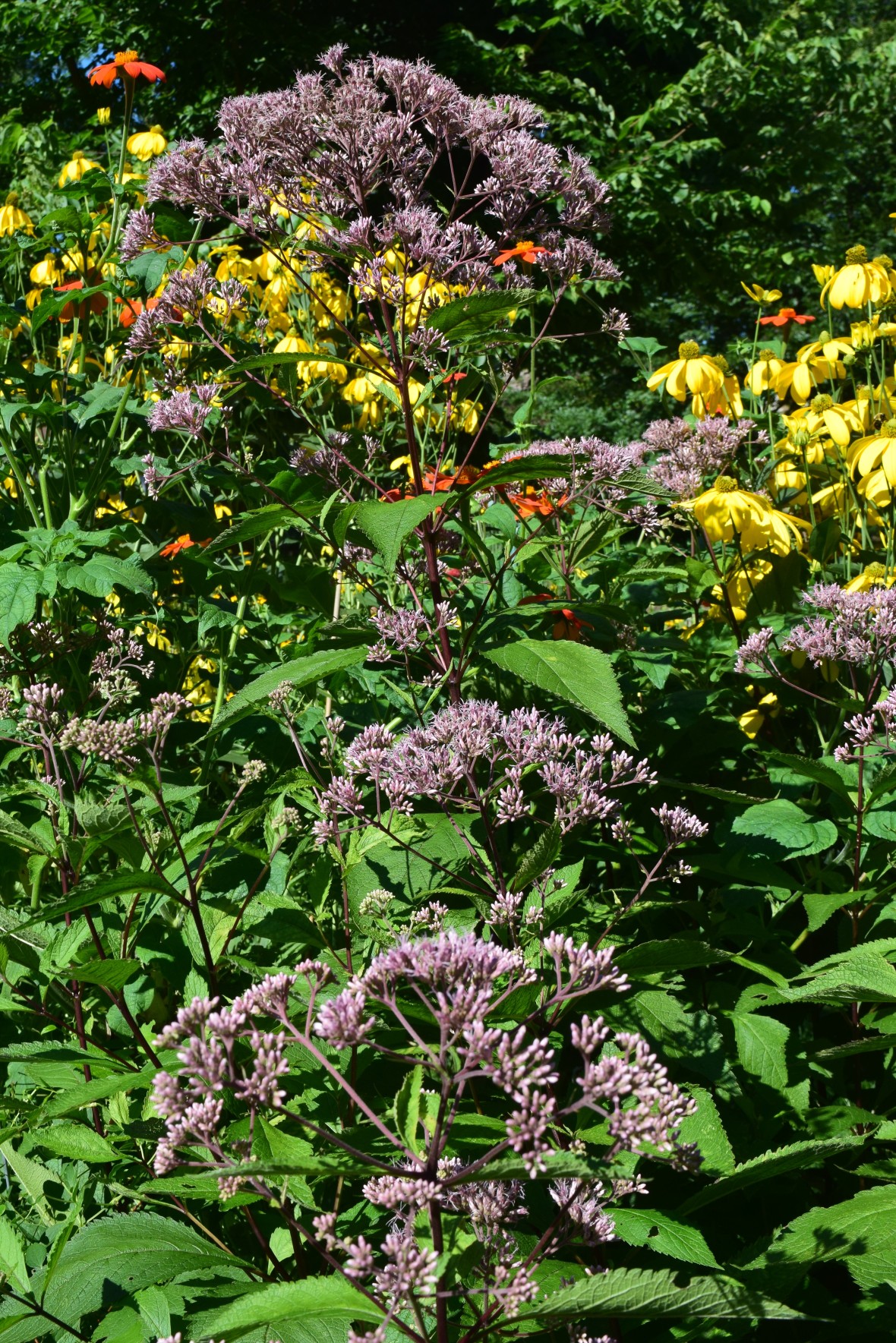 Joe prefers moist soils, but I grow ‘Gateway’ in the raised Driveway Border, which has only average moisture. Joe seems perfectly fine here, growing to about 5 or 6 feet tall. It may be the one plant I’ve got that doesn’t grow significantly taller than it’s supposed to.

Joe Pye Weed flowers are rather odd when you look at them up close.

E. maculatum has fibrous roots that spread by rhizomes. The roots, once established, are very challenging to remove.

It’s generally thought that Joe Pye was an indigenous medicine man who used concoctions to cure typhoid fever. The current genus name comes from the Greek word for wheel-like, after the whorled leaves.

Joe Pye Weed is attractive to all kinds of bees. On the other hand, butterflies in our garden almost always snub Joe in favor of Mexican Sunflowers (Tithonia rotundifolia).

We also grow Sweet Joe Pye Weed (E. purpureum), shown above with Cup Plant (Silphium perfoliatum) in the Front Island Bed. Sweet Joe Pye Weed is allegedly fragrant (hence the common name), but I have never been able to detect any scent. The flowers of this species are duller than those of E. maculatum, but it is a much more shade tolerant plant. 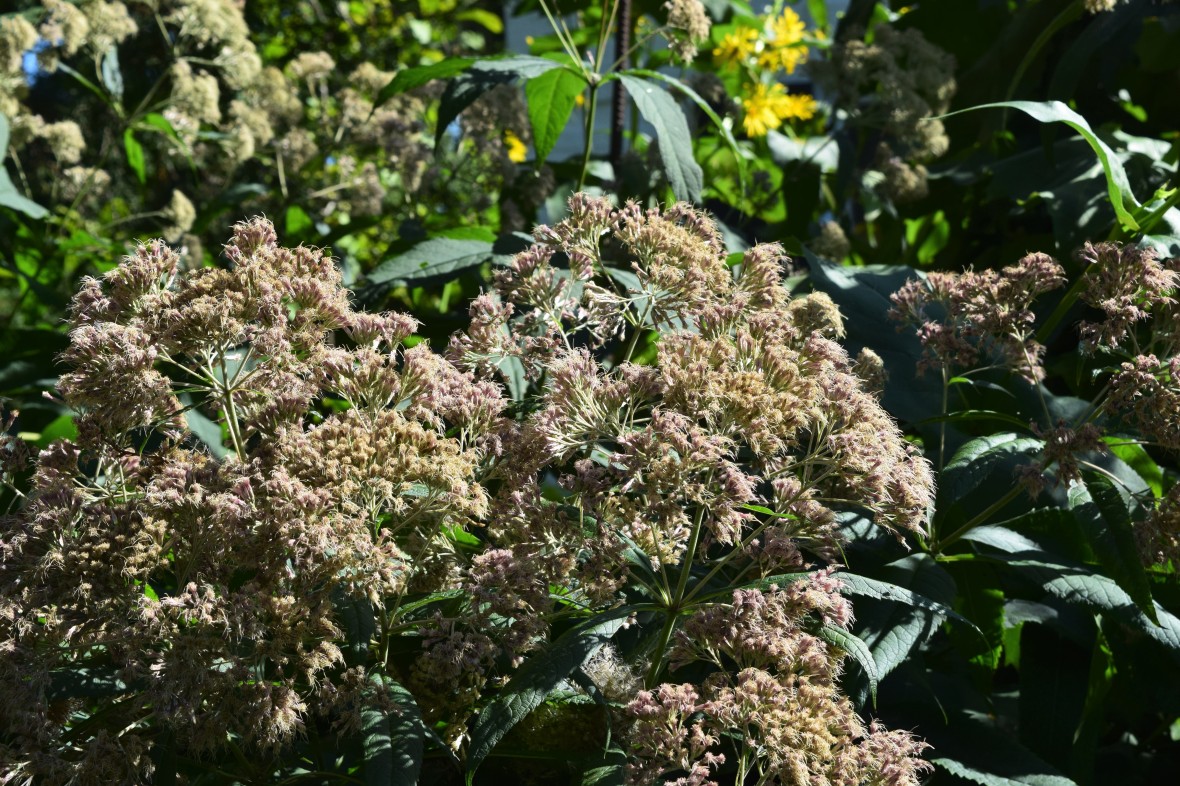 Sweet Joe Pye Weed blooms mainly in July. In August the flowers turn a soft, fluffy brown when they go to seed. I find this appealing for some reason. I’ve occasionally seen Goldfinches feeding on the seeds.

← The Susans Are Here!
Illinois is Milkweed Country →