Posted on September 5, 2017 by gardeninacity

Saying Goodbye to the Garden

It’s hard to leave the garden when you’re going away for a long trip. Judy and I are heading to Japan tomorrow and we’ll be staying there for a couple of weeks. (It’s another vacation piggybacked on Judy’s business trip.) I can’t stop thinking of everything I’ll miss while we’re gone.

So I spent much of the weekend inspecting the beds and borders, taking everything in, and fretting about what blooms I may miss while I’m gone. Why don’t you come along while I say goodbye to the garden and all its botanical citizens.

First off, goodbye to the Susans – both Black-Eyed Susan (Rudbeckia fulgida) and Brown-Eyed Susan (R. triloba). They’ve both had a pretty good year, and they’ll probably still have a few blooms when we get back. 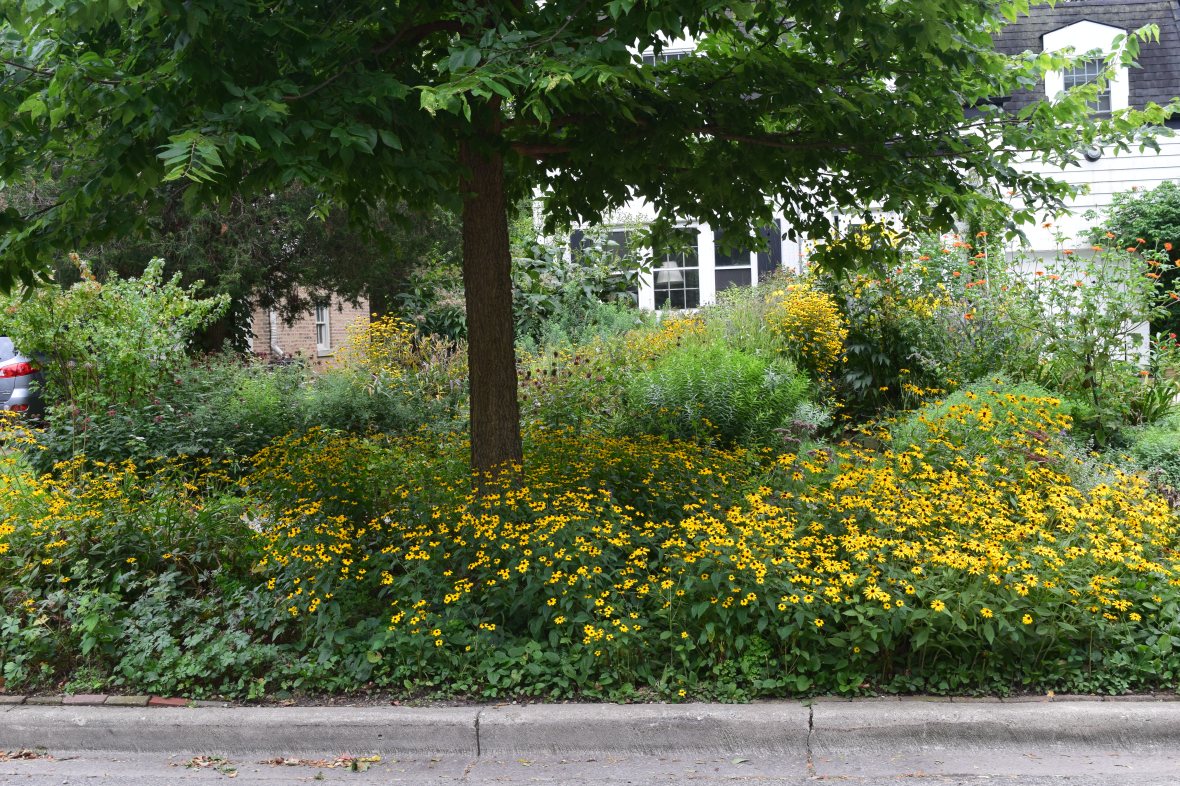 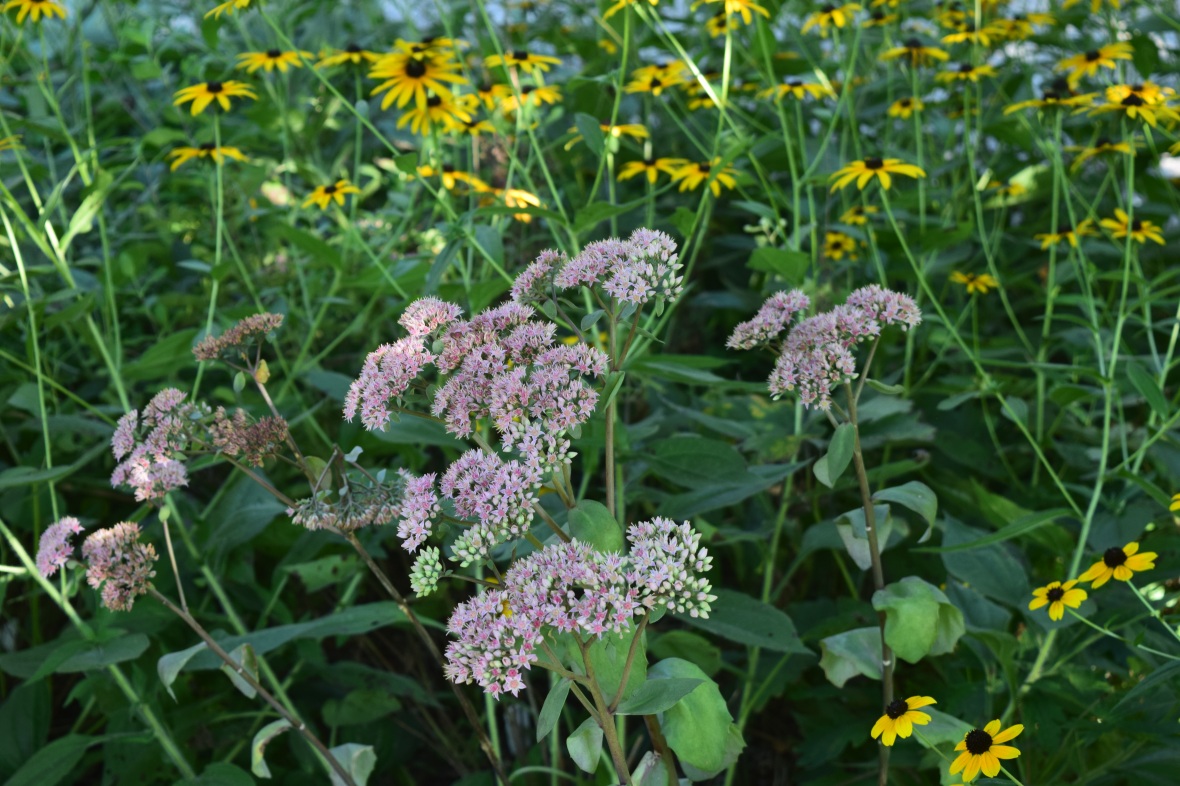 Farewell, Calamint (Calamintha nepetoides). It took a while, but you’ve recovered nicely from the attack of the killer Four-Lined Plant Bugs. 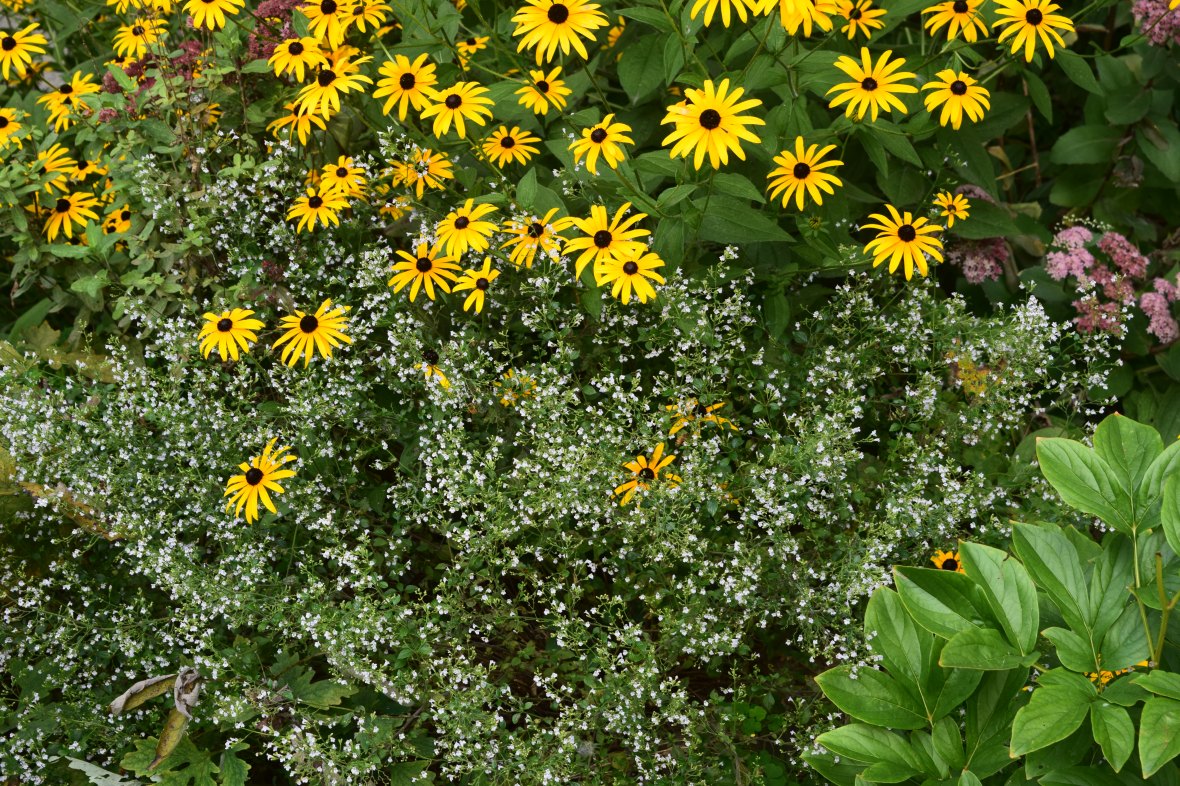 Goodbye, Helenium autumnale ‘Mardi Gras’. You really do offer long-lasting color while summer is winding down. I might try to fit in another couple of you. 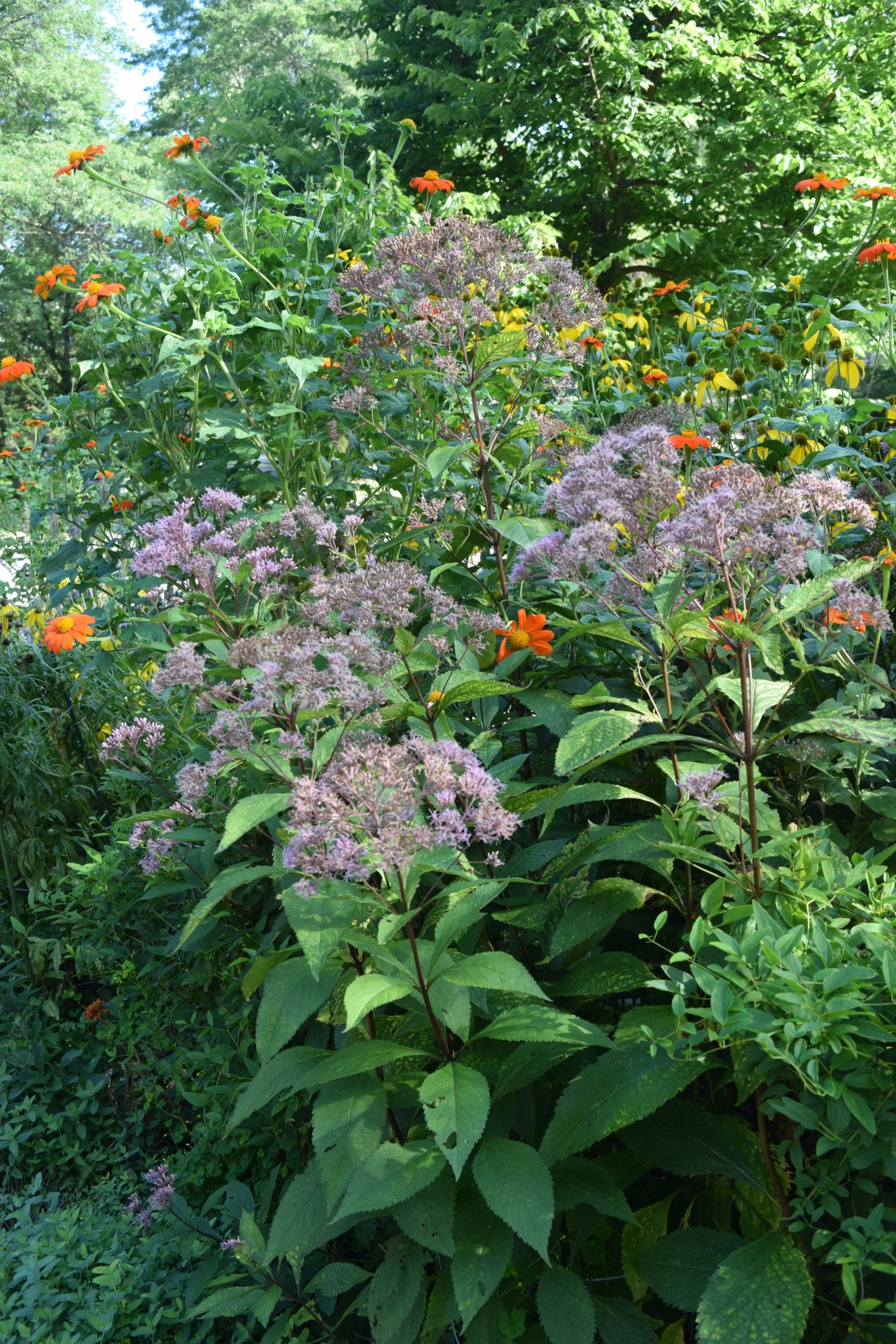 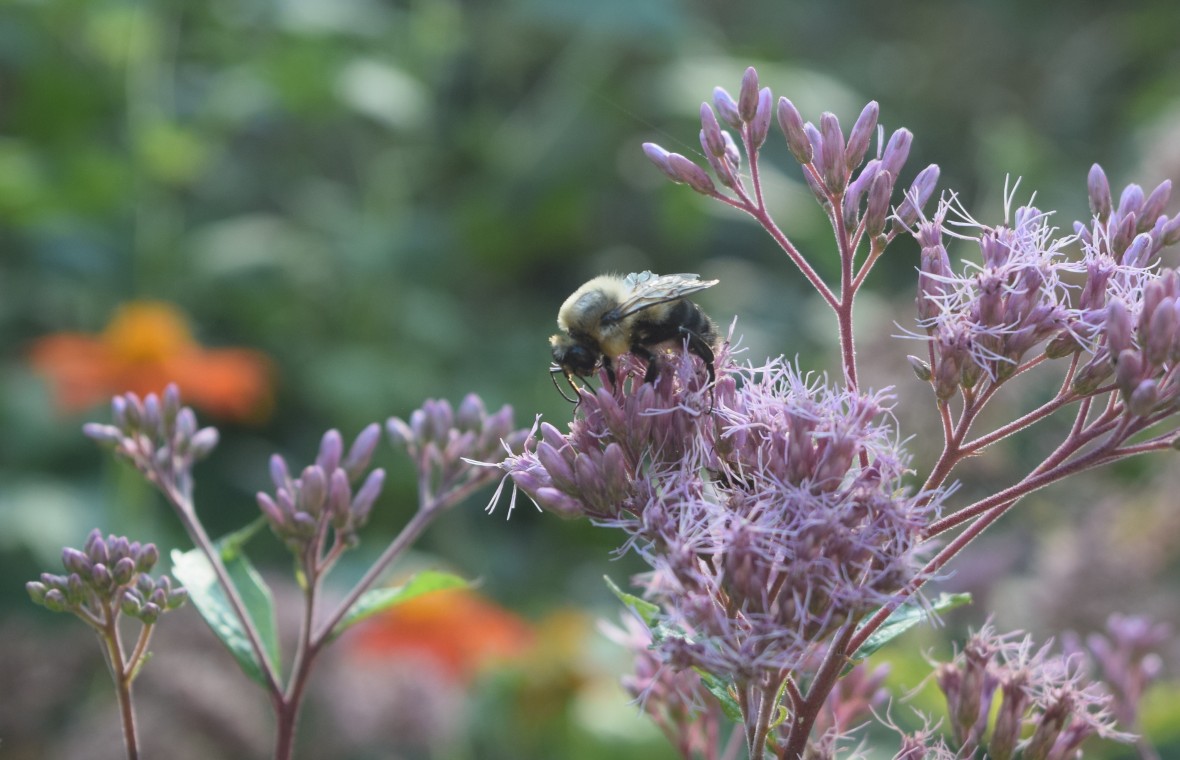 Goodbye, Anise Hyssop (Agastache foeniculum). As with the Calamint, the Four-Lined Plant Bugs slowed you down, but you still put on a decent show. 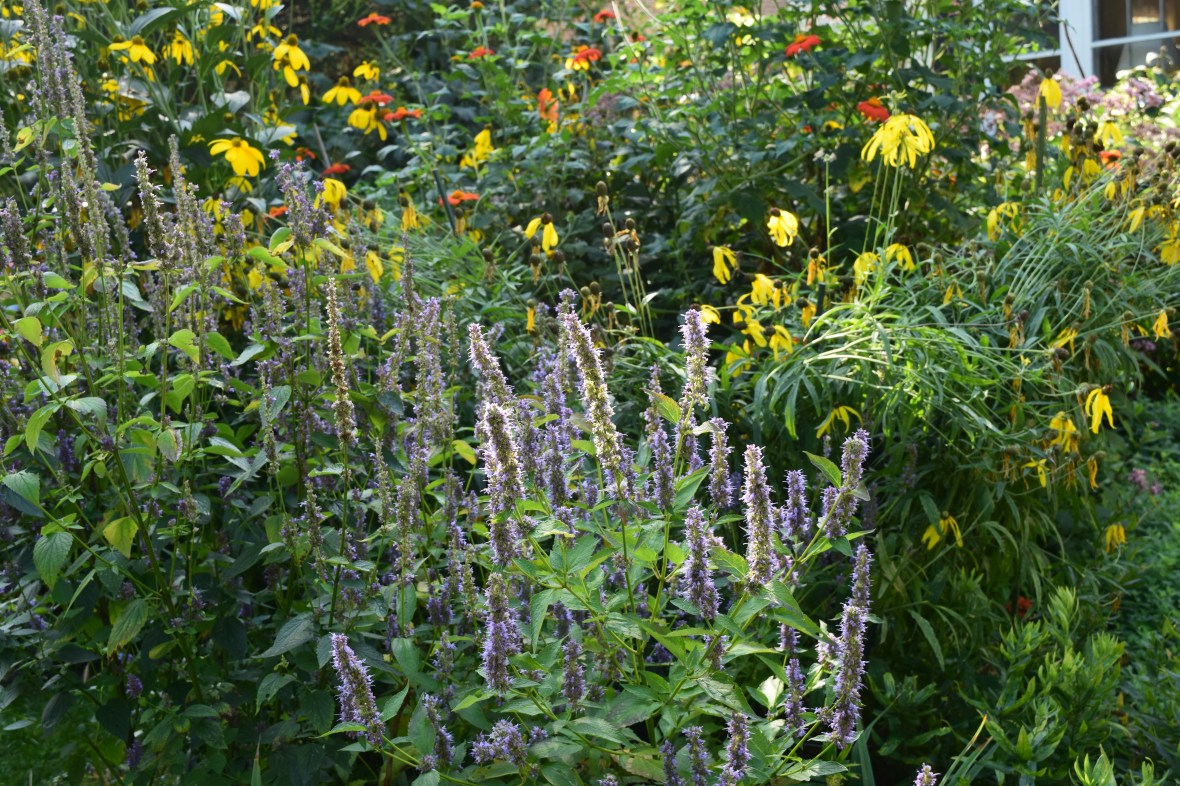 Goodbye, Golden Glow (Rudbeckia laciniata). Most of your blooms have lost their rays, and you are in the process of being transformed from wildflower to Goldfinch food dispenser, but that’s fine.

Goodbye, Northern Sea Oats (Chasmanthium latifolium). I hope you don’t mind that I cut back around half your seedheads. It’s just that you’re a little too carefree when it comes to self-sowing. 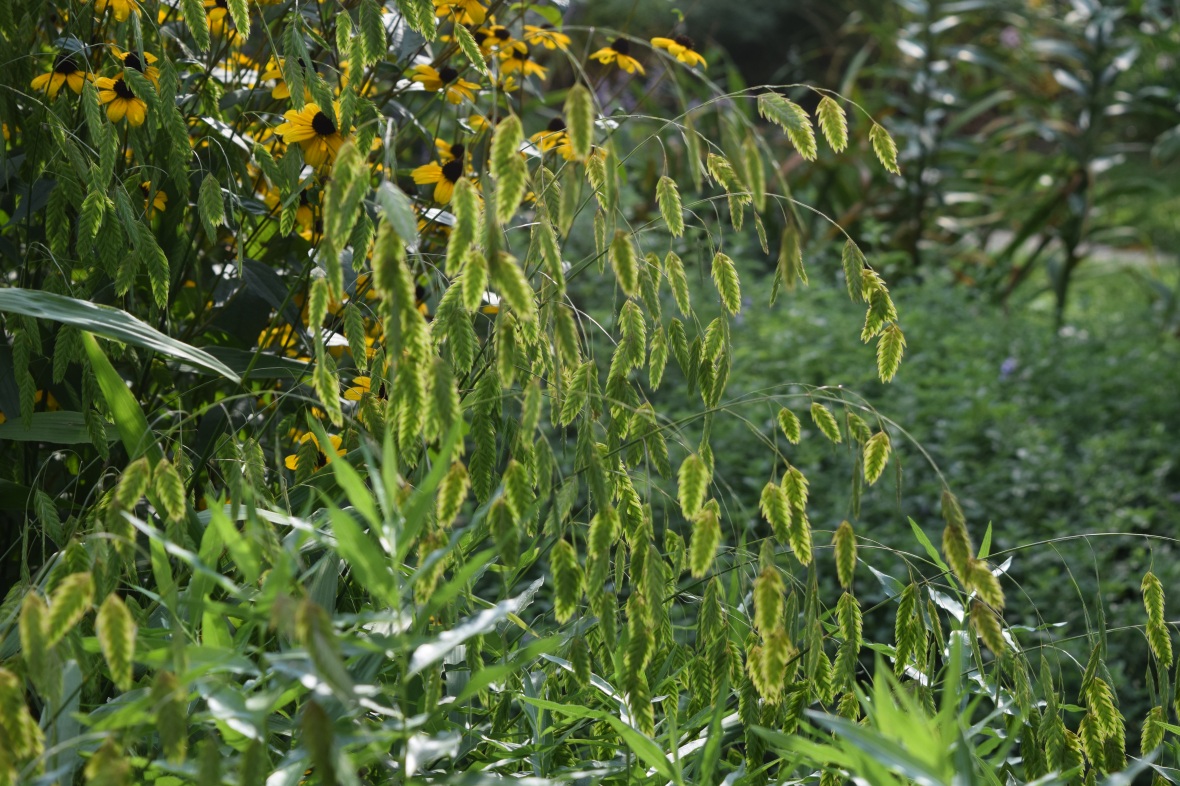 Not sure what those tiny dangly red things are, but they’re pretty.

Goodbye, all you asters. Aromatic Aster (Symphyotrichum oblongifolius) has just the first few blooms. New England Aster (S. novae-angliae) and Short’s Aster (S. shortii) look like they are almost ready to start popping. I really hope their show isn’t over before

Crooked Stem Aster (S. prenanthoides) and a couple of others are in full bloom, though. 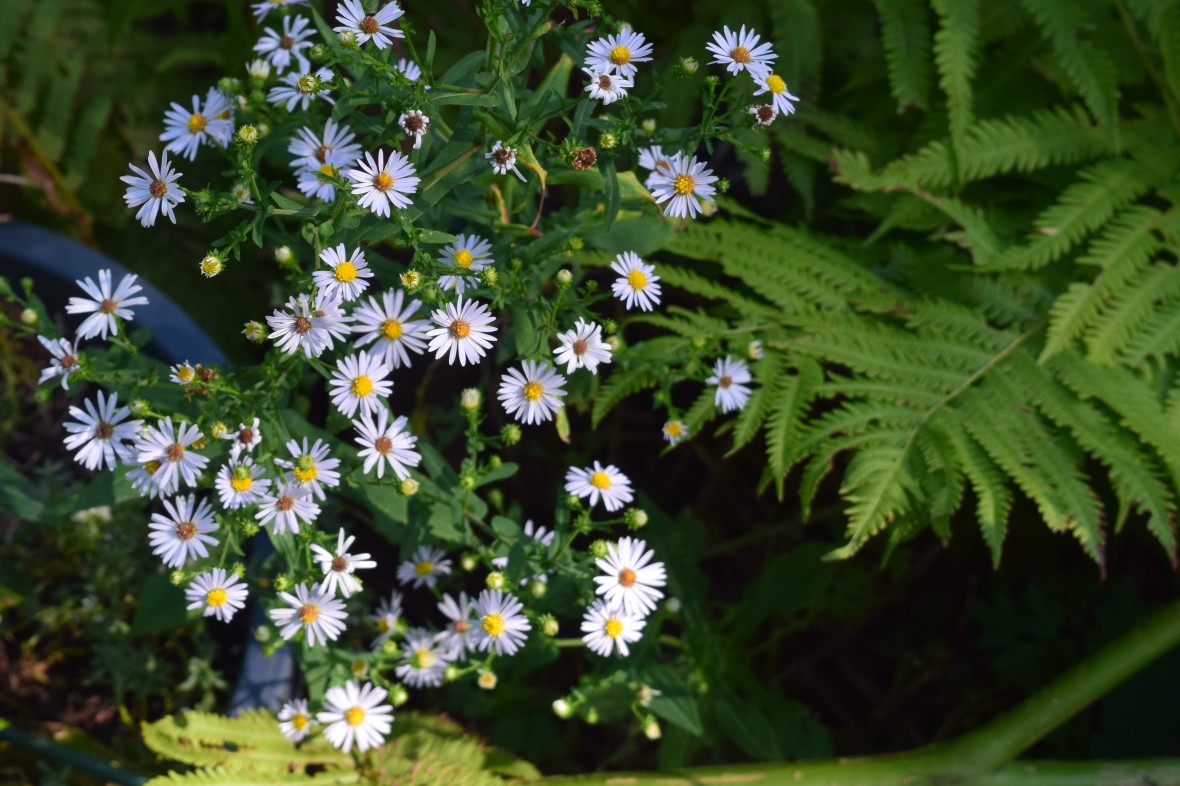 Goodbye, Roses. I appreciate the way you’ve kept blooming through the summer.

And farewell, Rupert. Keep an eye on things while we’re gone, please.

While we’re gone, I won’t spend much time on the blog. I’ll just post occasional photos – think of them as digital postcards. I’ll write longer posts after I return. And I don’t think I’ll have time to respond to comments or read other blogs, so please don’t take offense.

After we return I’ll get back into my blogging routine. In the meantime, be well.

← A Bird and Pollinator Video Retrospective
Greetings from Tokyo →

39 Comments on “Saying Goodbye to the Garden”