Birds, Butterflies, and Bison at the Midewin National Tallgrass Prairie

An hour’s drive southwest of Chicago is an 18,000-acre prairie preserve called Midewin National Tallgrass Prairie (pronounced Mi-DAY-win). The preserve was created mostly out of lands that had belonged to the now-closed Joliet Army Ammunition Plant. Today the land is part of the U.S. Forest Service and is operated in partnership with the The Nature Conservancy and other groups. There is a large volunteer organization called the Midewin Alliance.

Last Friday, Judy and I drove down to Midewin to take a little hike. About half of Midewin is open to the public. When we got out at the Iron Bridge Trailhead, sounds of the internal combustion engine filled the air: someone’s riding lawnmower, a small plane (crop duster?), and the hum of traffic.

The engine sounds gradually faded away as we ambled down the trail, gradually being replaced by the wind and a symphony of songbirds.

An actual prairie does not have as many flowers as a prairie-style garden, and this is not the most floriferous time of year. However, there were plenty of Early Sunflowers (Heliopsis helianthoides) and Yellow Coneflower (Ratibida pinata) in bloom, along with some Golden Alexander (Zizia aurea) that hadn’t gone to seed. Looking out, we saw yellow dots and dashes stretching hazily into the distance.

There was some Common Milkweed (Asclepias syriaca) as well. This is a little video Judy took that provides some feel of the place. Unfortunately, the wind obscures the sound of the many songbirds.

The first open bloom of a Compass Plant (Silphium laciniatum).

Wild Bergamot (Monarda fistulosa) was also just beginning to open. That butterfly (Painted Lady?) looks rather the worse for wear.

Speaking of butterflies, they were plentiful on the day we visited, particularly Monarchs and Swallowtails. From the Queen Anne’s Lace (Daucus carota) in the picture above, you can see that Midewin is not a pristine prairie. Some of it was never plowed, some was restored from farmland. Either way, exotic plants are part of the herbaceous mix. I imagine they are impossible to exclude completely.

This is a Painted Lady, I think. Correction: I’m told it’s a Pearl Crescent.

During the first part of our walk there was a wire fence on the south side of the road. The fence provided a perching spot for birds. Not sure about this bird, but I know I’ve never seen it at home. Help me with an ID, birding friends. And look, he’s singing! 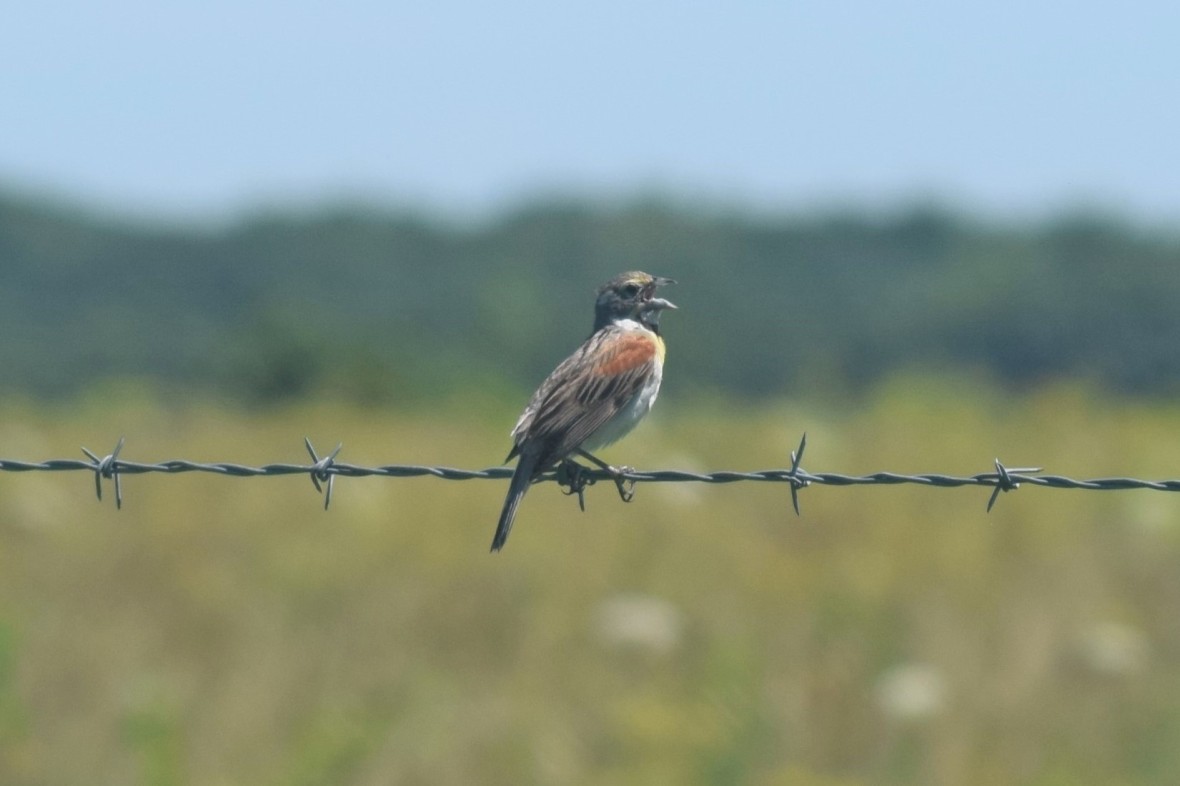 This may be the same bird as the last one, but I’m not sure. 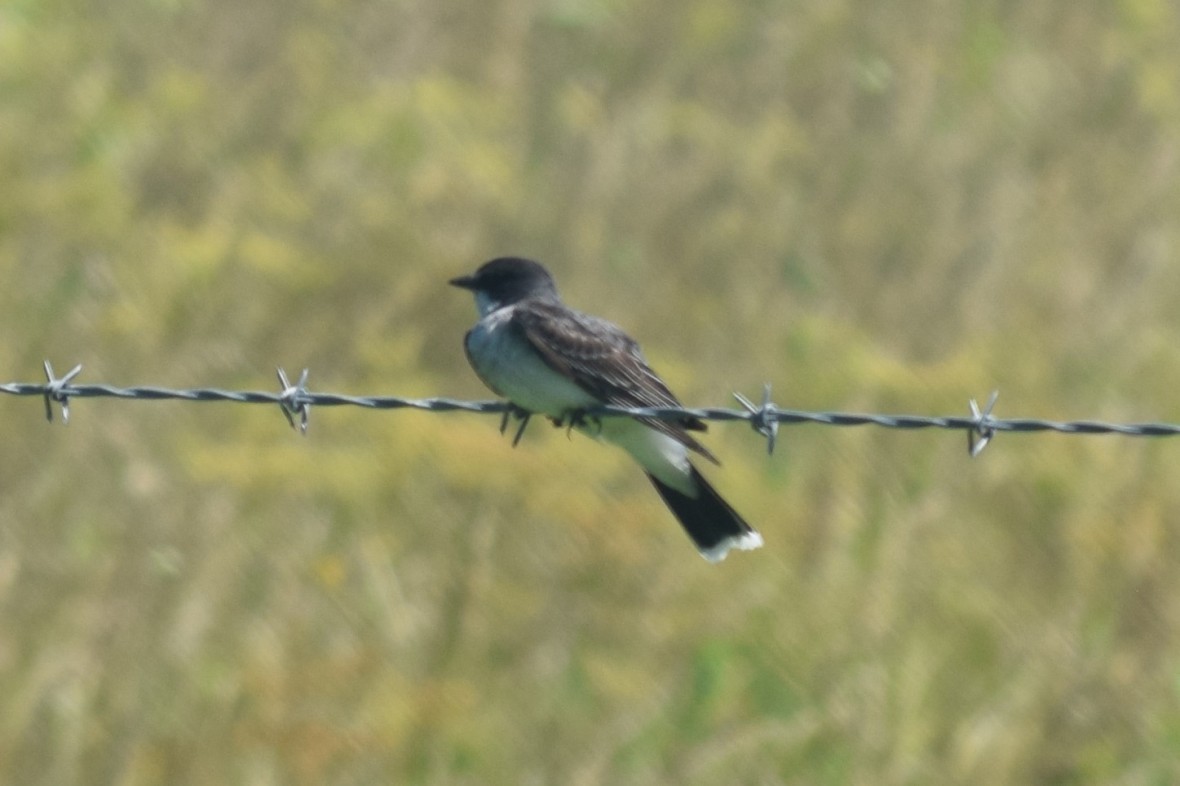 Here is an Eastern Kingbird, another one I have never seen before. Kind of a fuzzy picture, but the harsh light of midafternoon was challenging. 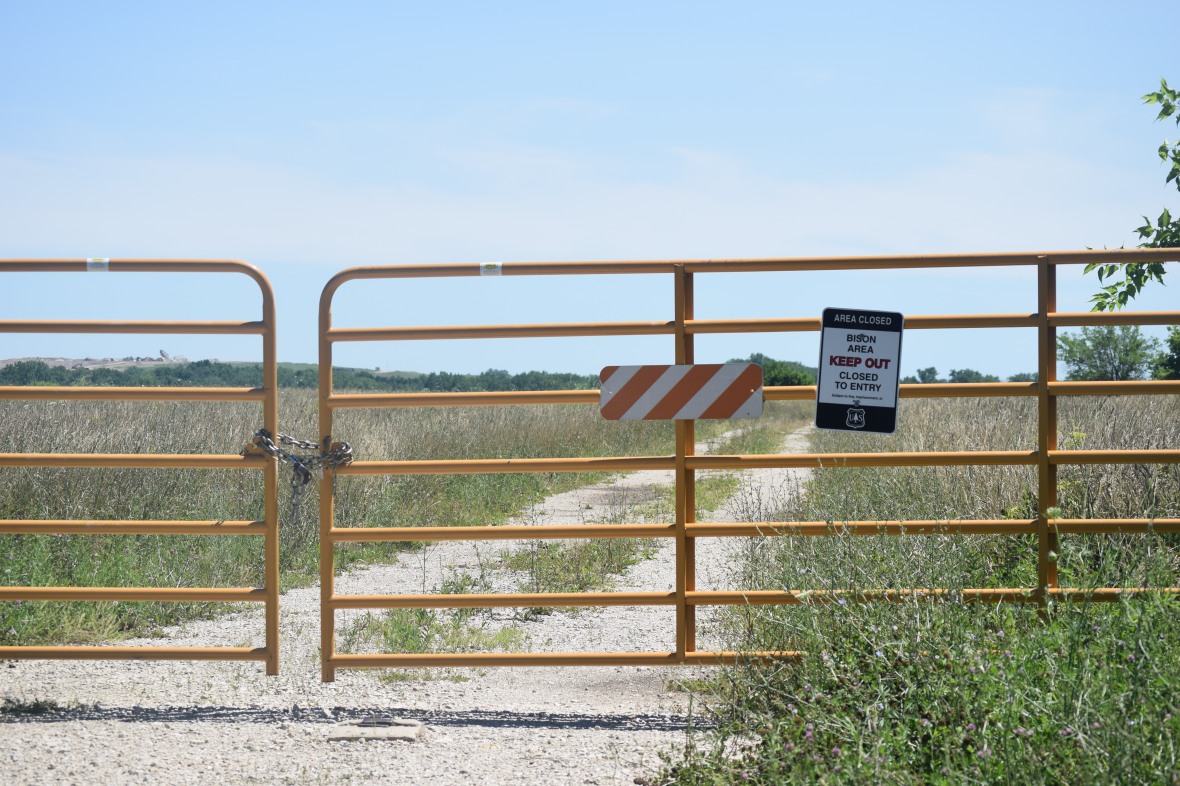 About 1,000 acres at Midewin has been reserved for wild Bison. There’s a growing herd of nearly 100 animals. The park has set up an area for observing the Bison, but we were told at the Welcome Center that the big guys were staying out of sight today. 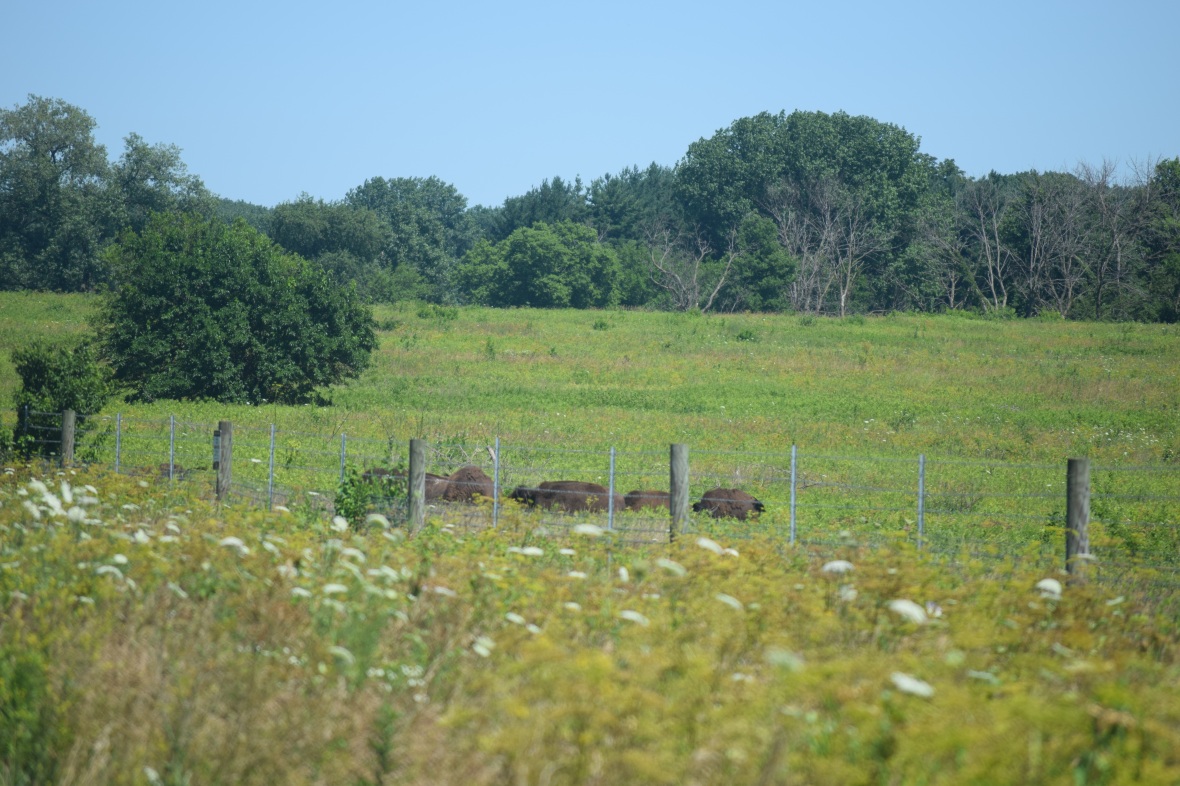 So imagine our excitement when we spotted these huge animals having a siesta just a few yards from our trail.

Here’s another of Judy’s videos. 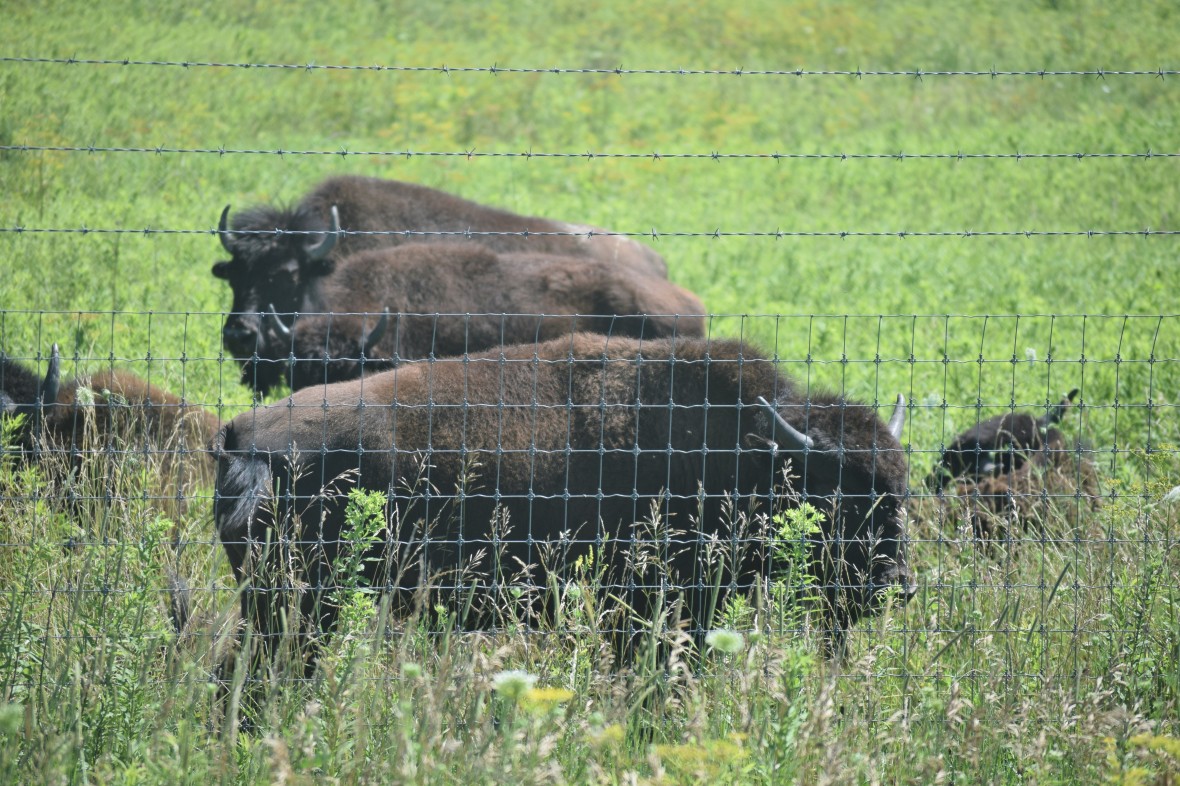 Bison can weigh over a ton. In other words, big. And those horns are rather menacing. We did kind of wonder about the sturdiness of the fence separating them from us.

There were once as many as 30 million Bison in North America. Now it’s about 500,000, but many are domesticated and raised for meat and hides.

It seems we disturbed their siesta, but the Bison didn’t get nasty about it. They just got up, with many grunts and lots of tail swishing, and ambled away.

Illinois’ official nickname (can you really have an official nickname?) is the Prairie State, but in truth hardly any prairie remains. I am grateful to the professionals and volunteers of Midewin, who maintain this small remnant of our natural heritage.

37 Comments on “Birds, Butterflies, and Bison at the Midewin National Tallgrass Prairie”