Posted on April 1, 2019 by gardeninacity

You’ve heard of the slow food movement, right? We seem to be living through a slow spring movement. Don’t be anxious for all those spring flowers, the weather is telling us. Be in the moment – savor the season day by day. Most years, the slow spring movement lasts only as long as there isn’t much going on. Once spring gets really good, it forgets about being in the moment and rushes headlong into summer.

In the meantime, though, I’m pleased to say that one of the tulip pots is full of pointy little leaves of ‘Princess Irene’. The other pots still have no signs of life, but this is still a good sign.

In the borders, there are various Species Tulips making an appearance. Not sure what this is, but I like the red edging.

There are also some of the super early Tulipa kaufmanniana ‘Early Harvest’.

And the rabbits are already noshing on them. After I saw this, I spread around almost an entire container of animal repellent. Seems to have halted the rabbit attacks, but now our whole front garden smells like cat pee.

Lots of Daffodil shoots emerging out of the ground. 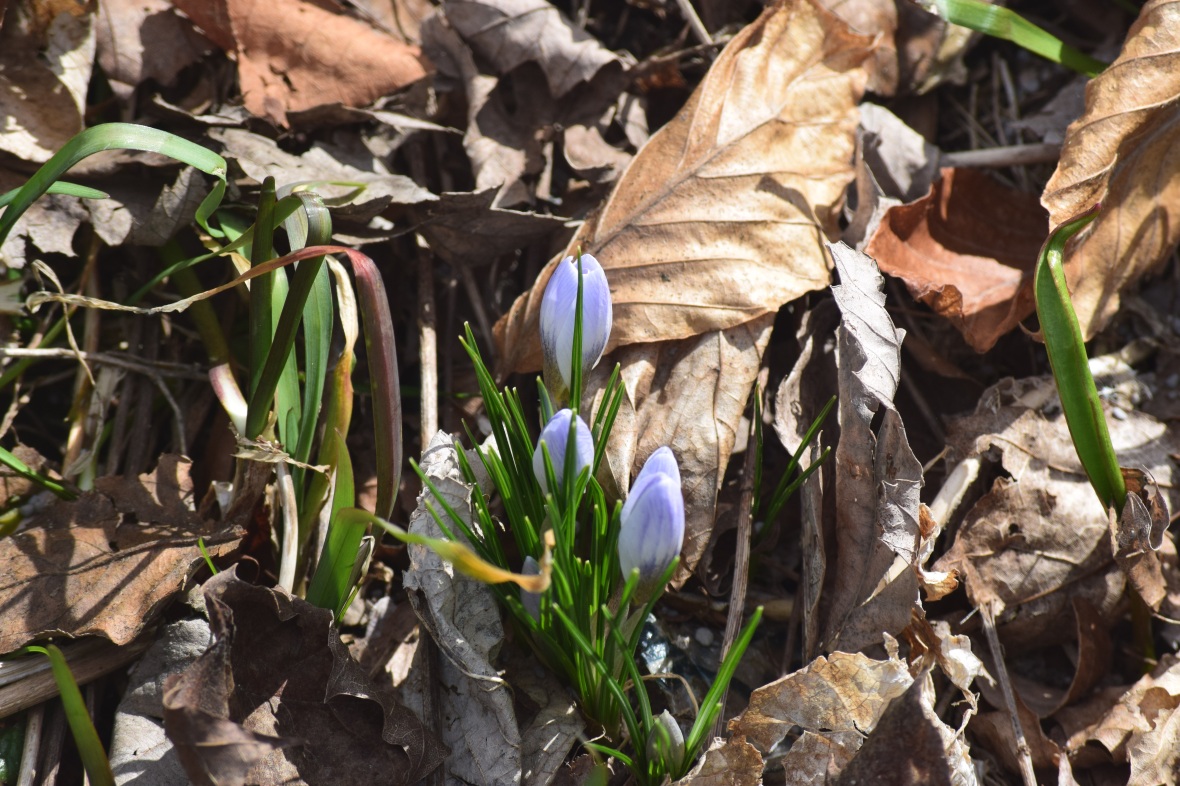 A few of the most impatient Crocuses have flower buds. They are staying closed, though. Given that I’m not seeing any bees yet, this is understandable.

Is this ‘Glory-of-the-Snow’ (Chionodoxa forbesii)? I planted some in the Sidewalk Border last fall, but maybe these are just Crocuses.

They don’t bloom until May, but the ‘Purple Sensation’ Alliums are making an appearance. 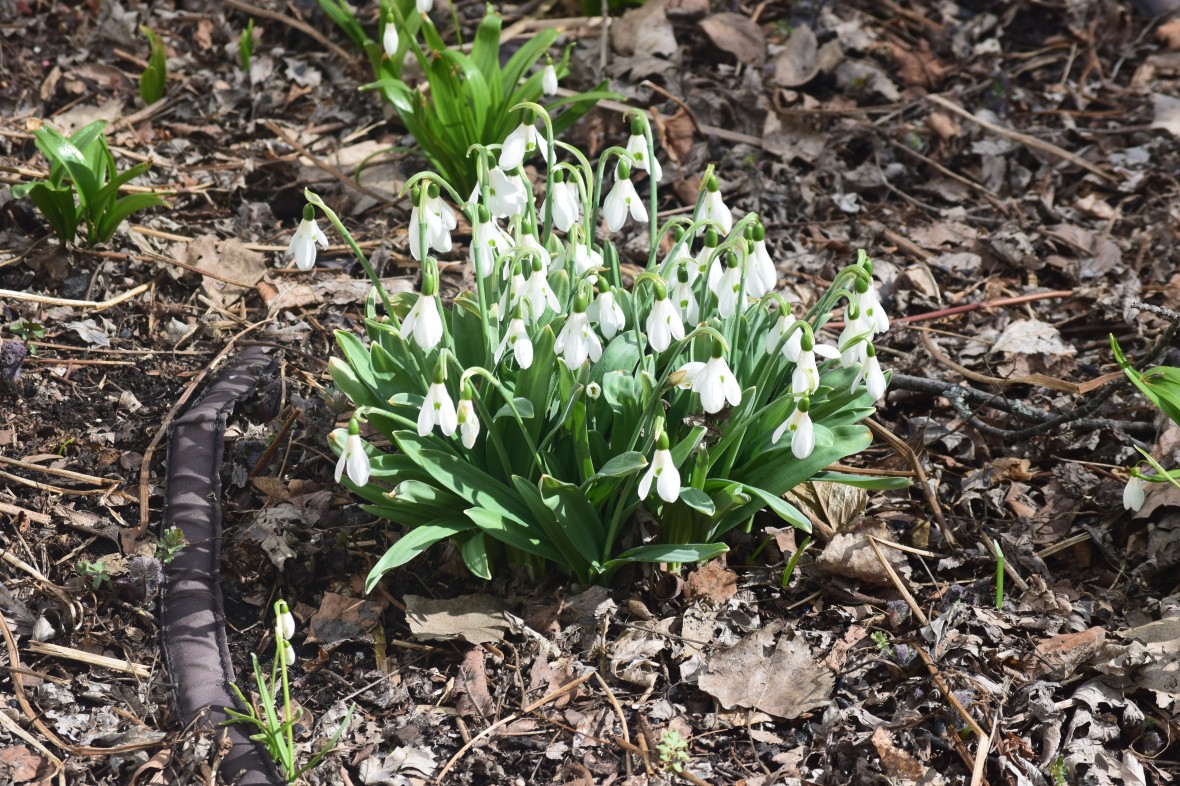 The Common Snowdrops (Galanthus nivalis) are fading, but the Giant Snowdrops (G. elwesii) are reaching their peak. Or it could be the other way around.

You can also see the hairy leaves of Linc’s Poppy.

Buds are starting to swell also. This is Clove Currant (Ribes odoratum).

And this is Spicebush (Lindera benzoin).

This year’s spring is running a couple of weeks later than what’s been normal the last few years. Even so, we seem to have made a definitive turn away from winter. So that’s good. Are you having a slow spring movement in your garden?

← Night of the Living Mulch
Tell the Truth Tuesday →