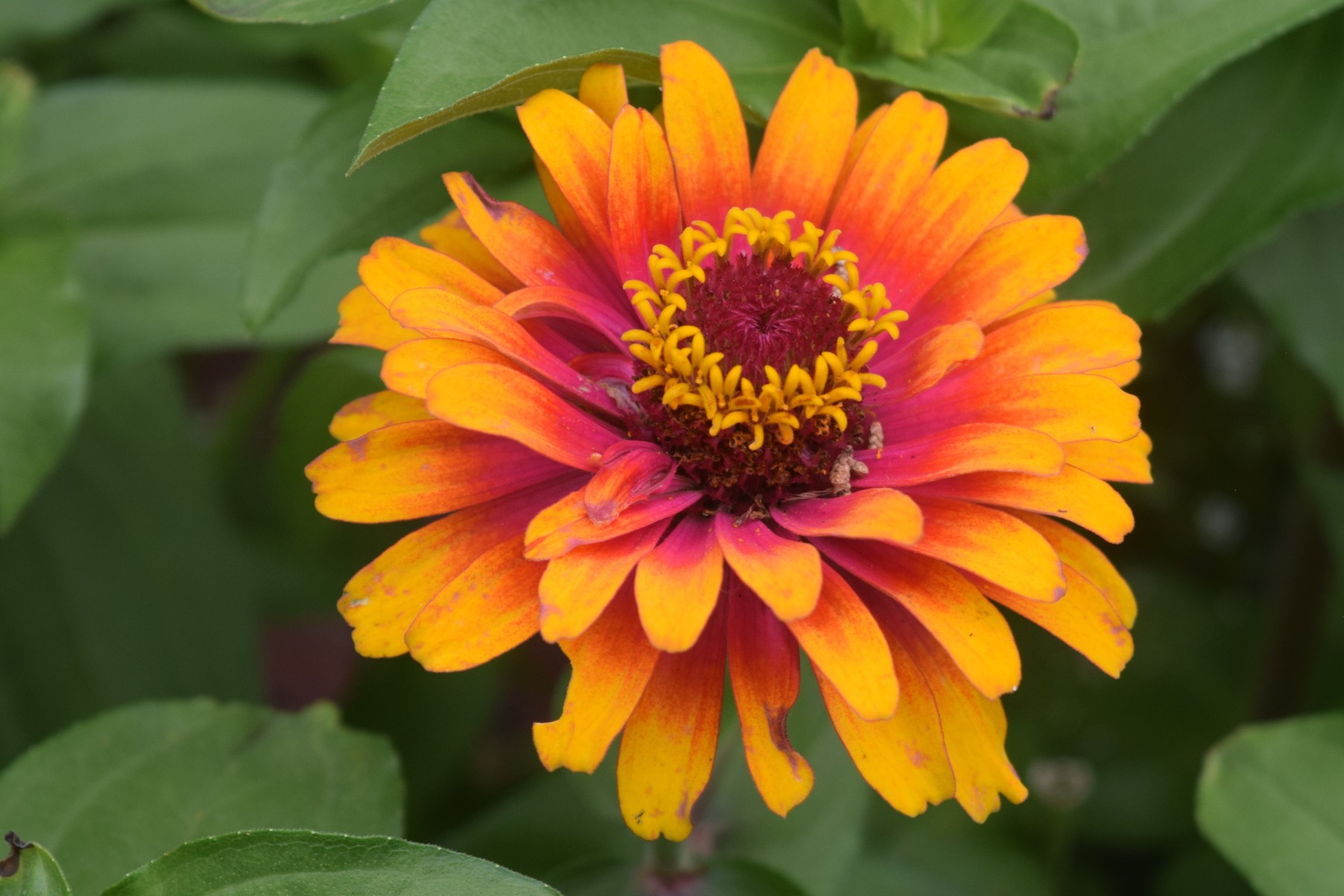 Let’s talk about containers for sun, specifically the ones in our sunny front garden. Our year in containers got off to a rocky start, what with about 90% of my container tulips being killed by the polar vortex. The upside, I suppose, is that I could plant the containers without waiting for the tulips to finish blooming.

The front containers have been filled with a very simple formula, starting with Sweet Alyssum (Lobularia maritima) as a filler/spiller. The Sweet Alyssum liked the cool spring and early summer. I can’t remember it ever looking so perky this late in July. And it has made the path to the front door particularly fragrant. Even so, I wonder if it will hold up through August.

Most of the Zinnias are a variety known modestly as ‘Zowie! Yellow Flame’. Notwithstanding the exclamation point, this is really an enchanting Zinnia. It’s got a fascinating mix of colors: an inner ring of magenta, a middle ring of red, and an outer ring of what could be called deep yellow or light orange. 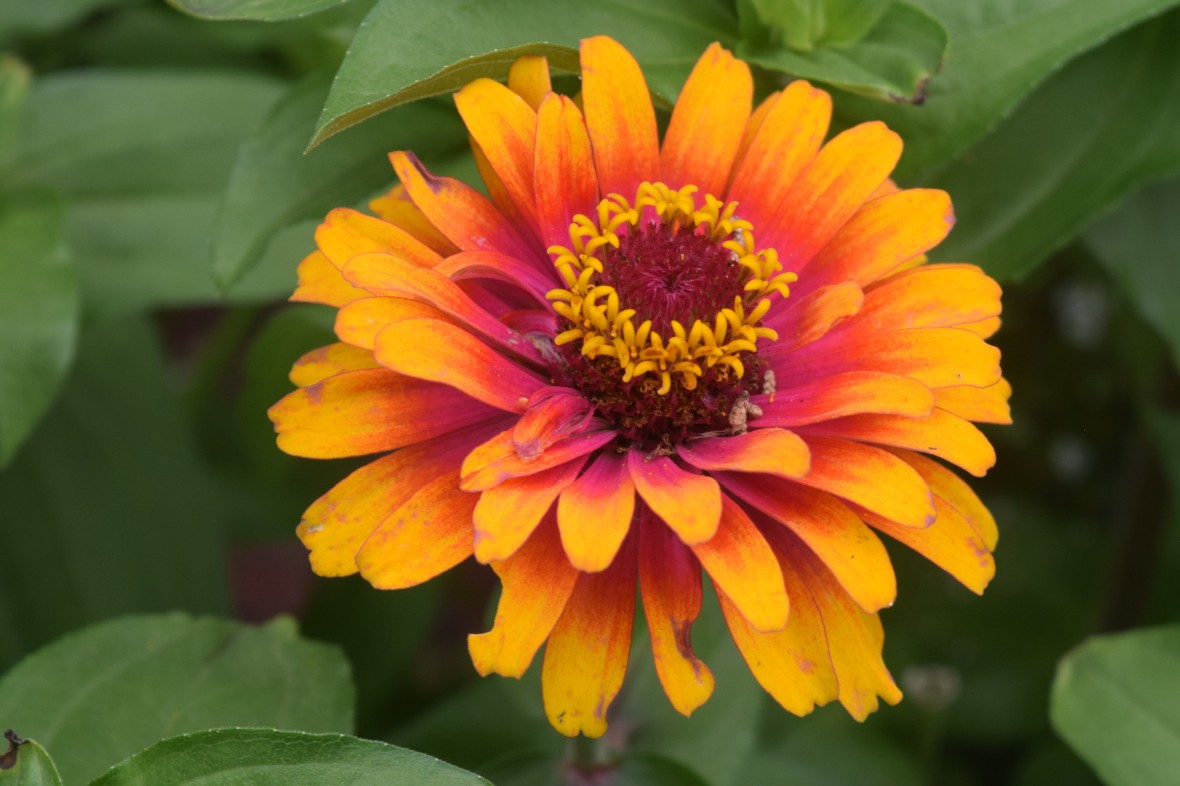 There is some variation among the flowers, and with each individual flower as they age.

They seem to be very popular with the Monarch Butterflies. 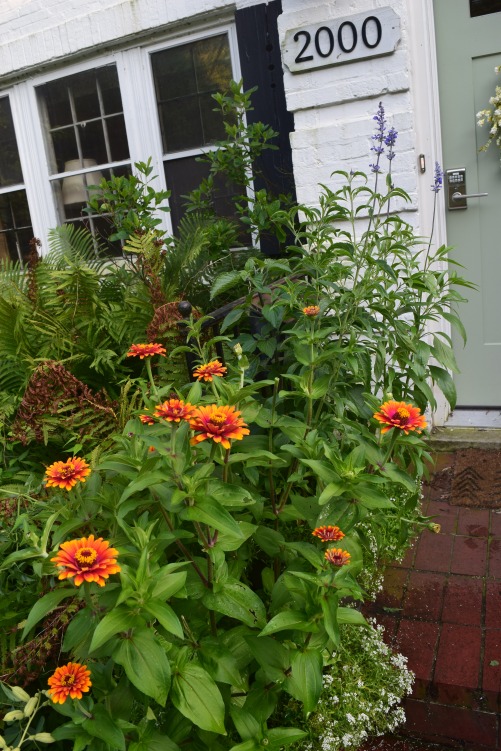 I also planted some ‘Sunburst’ Zinnias, but they seem to have disappeared somehow. 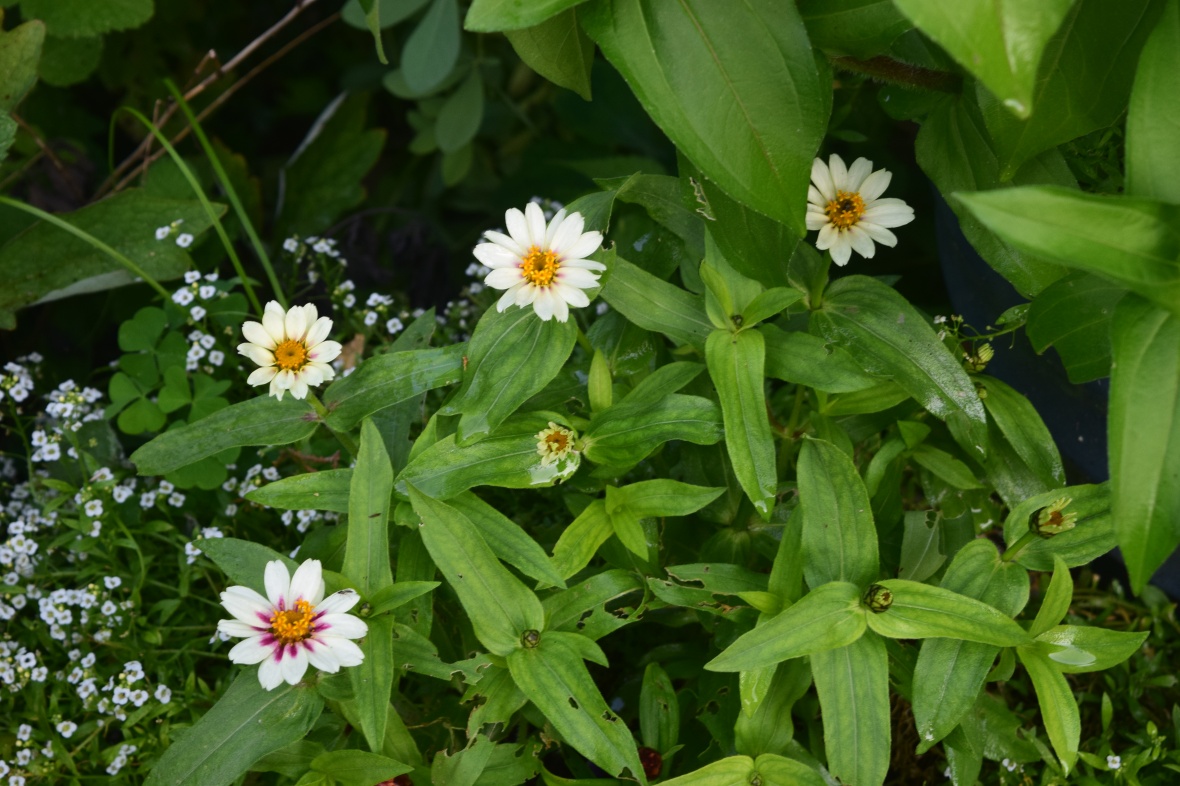 We also have some of the more compact ‘Pinwheel’ Zinnias.

‘Pinwheel’ is supposed to be multi-colored, but all the flowers I’ve seen so far are white or orange.

I also bought French Marigolds (Tagetes patula) and a few Pentas (Pentas lanceolata) to fill in with here and there. 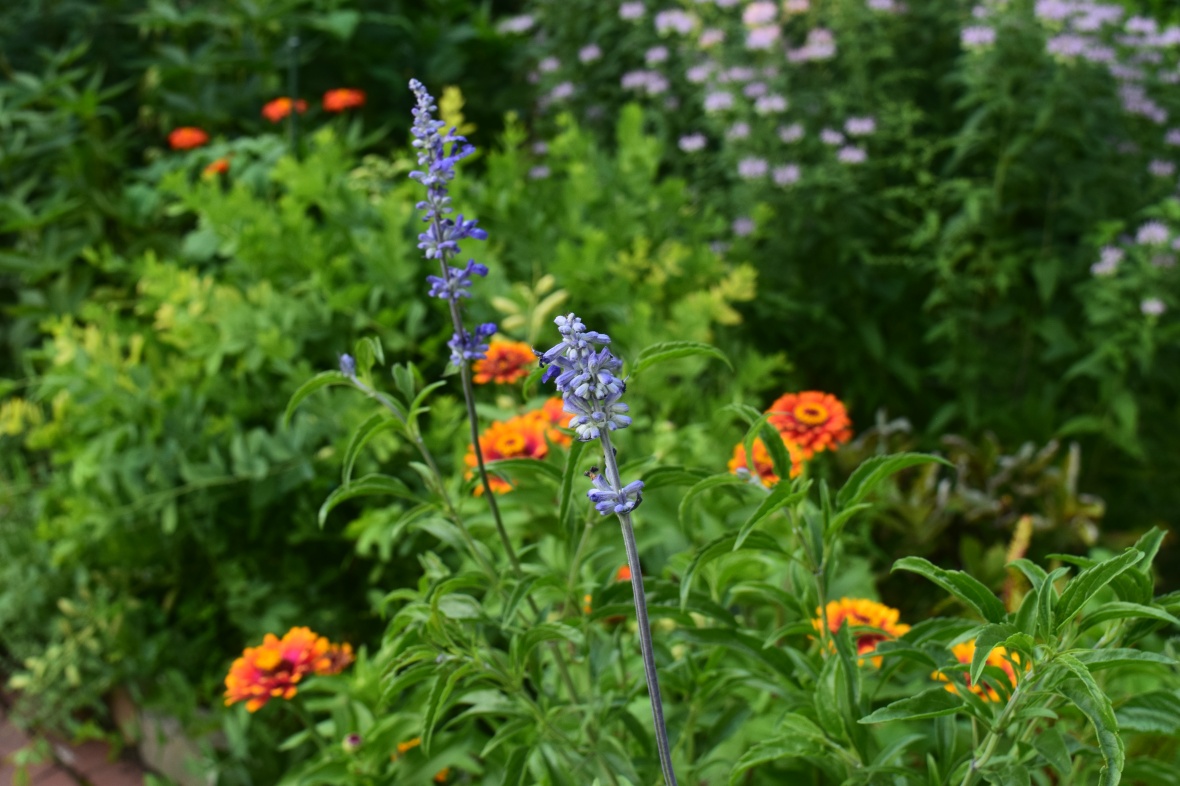 In terms of Salvia, we have ‘Victoria Blue’ (Salvia farinacea) and ‘Big Blue’. ‘Victoria Blue’ is the only one to have bloomed so far. All in all, I’m disappointed that the Salvias are not providing much color so far.

For next year I think I will end up just buying annual Salvias at the Garden Center, and concentrating on the Zinnias and Mexican Sunflower (Tithonia rotundifolia) for seed starting.

While this year’s containers for sun are nothing fancy, they provide color and scent, so they are more or less getting the job done.

How have your flowering containers been performing this year?

← Let the Oriental Trumpets Sound
The Other Coneflower →