Posted on October 2, 2019 by gardeninacity

So an article in last Sunday’s Washington Post talked about how there is a growing body of scientific evidence that healthy soil makes for healthier people. Healthy soil is understood to mean soil that is teaming with a diversity of bacteria and fungi. 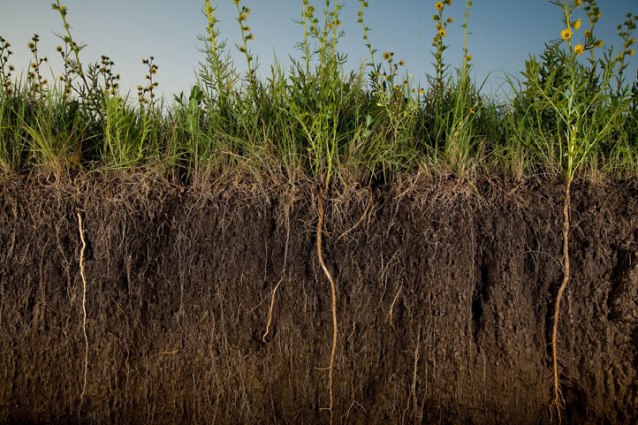 Another scientific discovery of note: healthy soil will eat your underwear. But don’t worry, that’s only if you are in the habit of burying your underwear in the garden.

The article quotes one researcher looking into why farm children have lower rates of asthma and allergies. According to the article, scientists are finding that “the constellation of organisms found in soil and on farm animals programs how a child responds to allergens throughout her lifetime.”

Another researcher, Robert Beelman, found that oats grown on tilled fields have 25% less of an anti-oxidant known informally as ergo. Ergo deficiency is linked to inflammation and premature aging in people. According to the article, Beelman “believes this is because tillage disrupts networks of bacteria and fungi.”

As for that underwear thing, it’s based on a soil test developed by a scientist at the University of Arkansas named Bill Robertson. He buries cotton briefs a couple of inches down. After five weeks, the microbes in healthy soil have eaten the cellulose in the cotton and the briefs are falling apart. In soil lacking in bacteria, you’ll just have dirty, but intact, underpants.

Anyhow, go read the whole article. It provides more evidence, if you need any, that gardening is good for you – and so is soil rich in microbes and organic matter.

← Eve of Destruction
On a Hilltop in Turkey →